Ex-Nigeria international Taribo West has described remarks from Amaju Pinnick that NPFL-based internationals would not be allowed to join “mushroom clubs” abroad as “insensitive” and “embarrassing”.

Addressing the Super Eagles – dominantly home-based players – before Saturday’s international friendly vs Mexico, the president of the Nigeria Football Federation Pinnick vowed to stop football agents from taking the players to unknown leagues in Europe.

Instead, he assured that he will help players from the West African country to join forces with major leagues in Europe citing examples of Villarreal, Valencia, and Lille.

That statement undoubtedly has sparked debate in Nigeria’s football sphere, with the former Auxerre and Inter Milan defender weighing in on the issue.

“You cannot keep people against their will in a league that doesn’t respect them, pay them, protect them or care about their welfare,” West told BBC Sport Africa.

“Such comments from the head of Nigerian football are insensitive and embarrassing.

“Instead of improving and focusing on developing the structures around the league, you’re dictating to adults where and how to earn a living.

“His [NPFL] league does not pay footballers and contracts to protect the lives of footballers.

“He doesn’t have any power to prevent any footballer who has access to move to those clubs he described as small leagues or ‘mushroom clubs’. Right now, there are no small countries in football.

“We all saw from the ongoing European Championships that the so-called smaller nations are causing upsets against the bigger countries.

“It doesn’t matter whether it’s Albania, Luxembourg, Moldova or Georgia. Whoever gets an offer to play in these countries has the right to go anywhere they are professionally offered a contract.

“The agents or representatives of the players should fight the NFF in this battle and go where they can earn a living.”

In his words, Pinnick stated that his administration would do all it takes to help them get top clubs.

“If you’re living in Nigeria, you’re going to a top club. Villarreal, Valencia, Lille, and all those proud footballing clubs and not to one mushroom club that you’re better off,” the Fifa official was quoted per Brila.net.

“I want to expose you, people, to the highest levels so when you’re going to a foreign club, and we won’t allow any agent take you to countries like Cyprus, Belarus, etc., no, never we won’t allow it and I will make sure no transfer is issued on situations like that.” 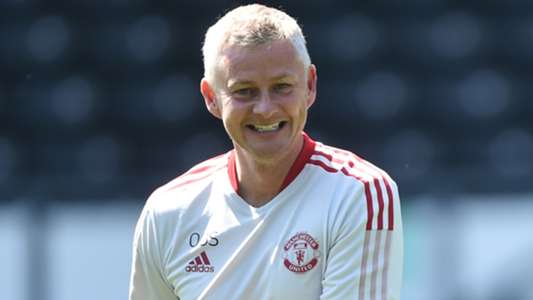 ‘I lost my job yesterday!’ – Solskjaer not getting carried away with Man Utd title talk