Aslan Karatsev has been one of the breakthrough stars of 2021, having made the Australian Open semi-finals as a qualifier and claimed his first ATP Tour title in Dubai.

Karatsev, who is competing this week at the San Diego Open, is making a push to earn a spot at the Nitto ATP Finals in Turin. ATPTour.com caught up with the 28-year-old to discuss his life on Tour, why he is not a fan of flying, his craziest travel story and more.

What are two essential non-tennis items you always pack for trips?
I’ll go with a laptop and big headphones to listen to music.

Do you enjoy travelling the world or consider it just something that needs to be done to be a pro tennis player? If you do enjoy it, what do you enjoy about travelling?
I don’t like flying, so it’s not like I enjoy flying. The takeoff and landing are not fun. Now it’s getting better and better with time. But from the beginning, when I was 20, 21, I had some issues with airplanes. I’d get a bit scared.

Did something happen on one of your early flights or you just never liked flying?
I don’t remember [when or where]. Something happened where we couldn’t land. There was a lot of circling around the airport. Also the turbulence. Some people are saying it doesn’t affect the airplane, but still when you’re jumping in the airplane [it bothers you].

How do you deal with that these days? Do you have a routine to calm yourself down a little bit?
I don’t think about it that much. I have to fly, so I just take a ticket and I fly. I try not to think about it and that’s it.

Aslan Karatsev: Clothes Do Not Maketh This Man

What is your favourite city you have been to for a tournament and why?
Melbourne. It’s really nice. In general it’s a really nice city. I like the people, I like the city, the restaurants. Everything is nice.

Where is your favourite vacation destination?
I had one vacation. It was so boring, I don’t know if I would go again. Normally I just go to my hometown [in Russia] and rest there. I like more activities, so I don’t like when you lay down on the beach. Snowboarding, skiing, these sorts of activities I like. I don’t do it a lot, but when I can, when I have the offseason, I snowboard. I started when I was 18. 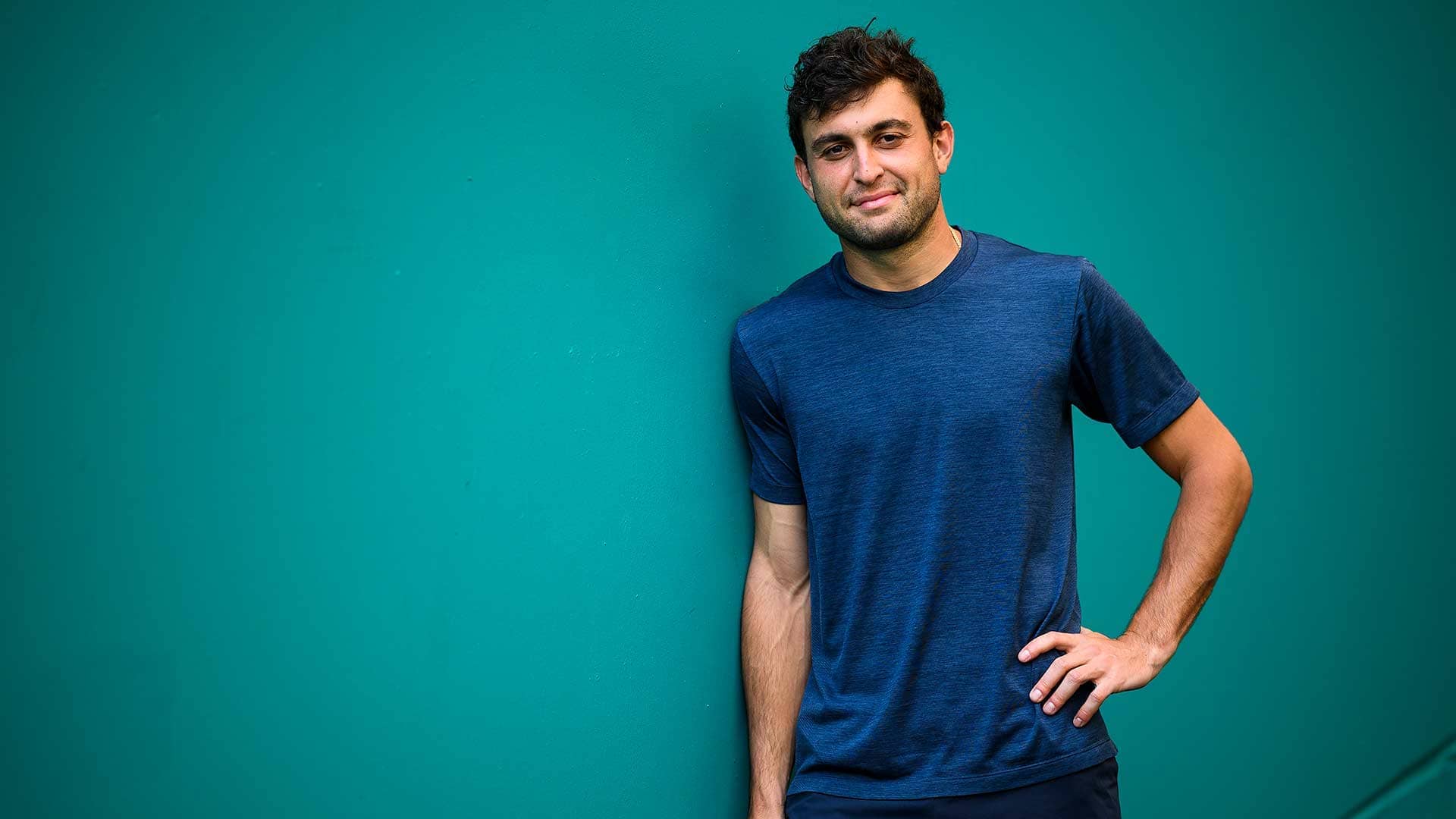 Aslan Karatsev has surged into the Top 30 of the FedEx ATP Rankings.” />
Photo Credit: Mike Lawrence/ATP Tour
How do you try to overcome jetlag and acclimate to the local time zone?
When I go to Asia, it’s harder for me than when I go to the United States. Normally the flight to Melbourne you arrive in the morning, so you don’t have to go to the room and sleep. I did it once and it was a mistake. Now I just put the luggage and I just go on a walk for six, seven hours. I just don’t stay in the room, otherwise you fall asleep.

I just walk around every city. I like to walk around, with music sometimes. The next year in Melbourne I just walked six, seven hours sitting, drinking coffee, and then I walked more.

Are you someone who gets to the airport with lots of time to spare or do you cut it fine?
One hour or 45 minutes before I arrive. I don’t want to sit there.

Have you ever missed a flight?
Yes. I messed it up with p.m and a.m. flying to Australia. Not this year, but many, many years ago.