Jordan Thompson is one of three Australians to progress to the final round in the Adelaide International 2 men’s qualifying singles competition. 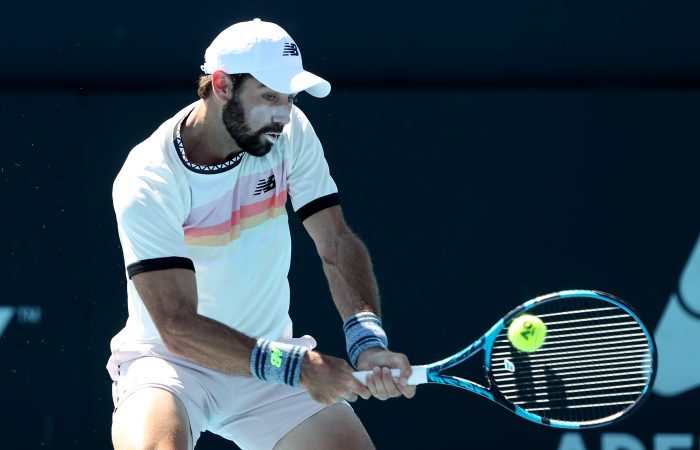 Australian hopes have made a strong start in the Adelaide International 2 men’s qualifying singles competition.

Jordan Thompson, Chris O’Connell and John Millman all won their opening-round matches today at The Drive.

The eighth-seeded Thompson fired 11 aces and did not drop serve in his 6-4 6-4 victory against world No.88 Roman Safiullin.

World No.78 O’Connell had to fight harder in an all-Australian battle with 21-year-old wildcard Rinky Hijikata. The fifth-seeded O’Connell eventually triumphed 3-6 6-1 6-2.

O’Connell will face another Australian in the final qualifying round.

Millman, who only needed 56 minutes to eliminate world No.72 Spaniard Bernabe Zapata Miralles today, is his next opponent.

The Adelaide International 2, a combined ATP 250 and WTA 500 event, is part of a two-week Adelaide Festival of Tennis. The festival includes back-to-back tournaments and concludes on 14 January.