Three directors re-elected to Tennis Australia Board | 20 December, 2021 | All News | News and Features | News and Events


Mark Da Silva, Diane Grady AO and Greg Hutchinson have all been re-elected to the Tennis Australia board. 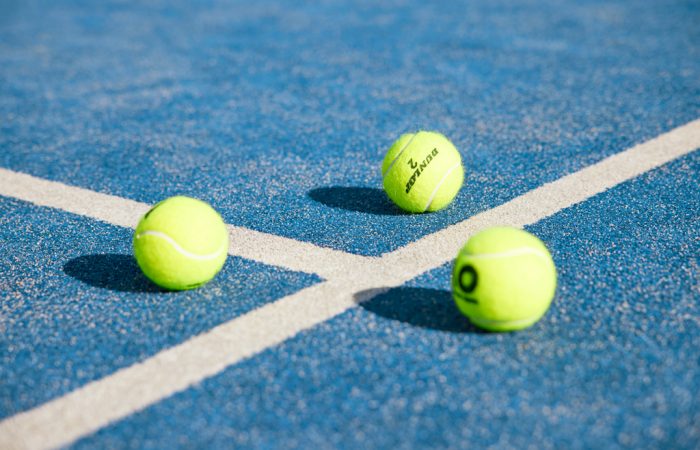 Speaking at the AGM on Friday, Chair Jayne Hrdlicka reflected on the challenges and successes of the past 12 months.

“Through hard work, creative problem solving and sheer determination, our sport has not merely survived the uncertainty and lockdown challenges of the pandemic but emerged in a position of renewed strength,” Hrdlicka said.

“During one of the most difficult times at a grassroots level in sport generally, tennis emerged as the fastest growing sport in the country, in spite of the many disruptions created by the pandemic.

“Our teams continue to work tirelessly to deliver better outcomes for coaches, clubs, players and officials nationwide. The design and development of the new Health Indicator of Tennis (HIT) tool enables us to all have more informed conversations with clubs, coaches and local councils about the “health” of tennis which then seamlessly feeds into action plans.

“The launch of the Play Tennis digital platform connects more than 75 per cent of the country to online court bookings and helps facilitate the growing popularity in casual play. Competitive play and coach reviews further enhanced the participation experience, providing valuable insights and improved offerings for players and deliverers of the sport.

“The next generation were also given the best opportunity to succeed. With a new player development strategy in place, the recently opened National Tennis Academy became the training base for many of our up-and-coming players. There are now National Development Squads and Zone Squads set up in every state and territory, all designed to ensure passionate up and coming athletes have pathways and clear development opportunity. A team of world-class coaches, health and wellbeing experts, sport science and medical staff support our athletes on their quest to become the best they can be.

“Creating a playful world through tennis is at the heart of everything we do and while the past year has challenged, it also supported the development of strength and unity – a winning combination as we focus on a future in which more people experience the many benefits of our sport,” Hrdlicka continued.

In a Members’ vote, held electronically before the Tennis Australia Annual General Meeting, Mark Da Silva and Greg Hutchinson were re-elected for a further term.

The Principal of Hoyle Da Silva Lawyers since 1997, Da Silva was previously an Associate at Purves Clarke Richards and in-house corporate lawyer at QBE. Da Silva was a Director of Tennis Victoria 2011-2019, as well as Vice President and Tennis Australia Member Representative from 2016 to 2019. Da Silva was involved in improving Tennis Victoria’s governance and compliance structure. Da Silva was President of Bayside Regional Tennis Association for 16 years and President (and life member) of St Andrew’s Gardiner Tennis Club for 23 years. A competition player for 30 years, Da Silva now plays socially at Kooyong Lawn and Royal South Yarra Tennis Clubs.

Tennis Australia Board Director Diane Grady AO was also re-elected at the AGM.

Grady began playing tennis as a five-year-old in Scottsdale, Arizona. Her love of the sport was a key factor in a move to Australia in 1979 and she continues to be involved at a grassroots level. She is a full-time non-executive director with over 25 years of experience on major public company and not-for-profit boards, and is currently a director of Macquarie Group, Grant Thornton, Chair of The Hunger Project Australia, and a member of the Advisory board of Heads Over Heels. Previous directorships include Woolworths, Lend Lease, BlueScope Steel, Goodman Group, Sydney Opera House, President of Chief Executive Women, and Chair of Ascham School. She was formerly a partner with McKinsey & Co focusing on growth strategies through innovation, customer service and marketing, as well as being a worldwide leader of the firm’s global change management practice. She has published on governance, innovation and diversity topics.

The Tennis Australia Board comprises: