Lily Taylor, Taylah Preston and Roisin Gilheany are finalists in the Female Junior Athlete of the Year category at the 2021 Australian Tennis Awards. 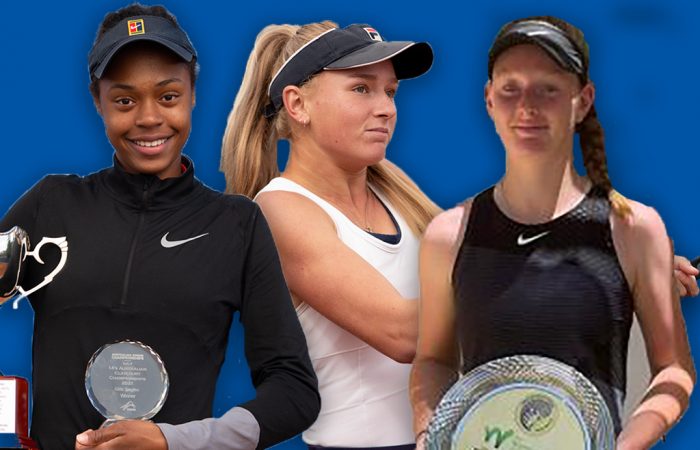 Three rising stars are contenders to win Female Junior Athlete of the Year at the annual Australian Tennis Awards this week.

The award recognises an 18 and under Australian player who has achieved a commendable ranking in her age group and displayed a positive attitude throughout the season.

Finalists for the 2021 Female Junior Athlete of the Year Award are:

Roisin Gilheany (Vic): The 16-year-old spent an extended period competing in Europe during 2021 and won 28 of her 40 matches. Claiming a first ITF World Junior Tour title in Greece in June was a highlight.

The award winner will be announced at the Australian Tennis Awards on Friday 17 December.

Current world No.1 Ash Barty is a four-time recipient of this award.