Tomas Machac has massive respect for World No. 1 Daniil Medvedev, but that does not mean the Czech fears his second-round opponent at the BNP Paribas Open.

“I think this I why I took up this sport. For sure we are playing tennis for money, points and to be better in the rankings. But I think the most important thing in this sport is this achievement,” Machac told ATPTour.com. “You qualify, you win the first round and play against the first in the world. This is the present we are doing this sport for.

“I’m really excited. I’m really looking forward to it. I will go to the match not just to fight or enjoy the moment, but I will fight to win the match.”

It will be the biggest match of the 21-year-old’s career. No. 158 in the ATP Rankings, he will try to claim his first Top 10 victory on Saturday.

“His achievements and his career have been unbelievable. I’m not the guy who will tell you that I will win the match,” Machac said. “But I had a few experiences playing against the best players, Berrettini, Schwartzman twice. I had these experiences enjoying the match and now I think I have the experience to fight for the win against such a good player.”

The good thing for the Czech is that he is familiar with Medvedev. Before the second round of this year’s Australian Open, the pair trained together at Melbourne Park. That helped him gain an appreciation for the World No. 1’s game.

“I think his game is without any mistakes. He’s playing really well from the baseline, he serves like a beast and he has really good returns without any mistakes,” Machac said. “It will be really tough to win the match. But I think I will do my best to be close to the win.”

📧 For all the official news and exclusive interviews, sign up to our newsletters

It has been an interesting journey for Machac, who became involved in the sport because of his sister, Katerina. When Tomas was four, Katerina, then a teen, fell in love with the sport.

“She was playing lots of tournaments in the Czech Republic, not really in the good ones, but she was playing a lot. She was really a fan of it,” Machac said. “I was travelling with her and with my family and I was playing against the wall every time. I was playing for example six hours per day on the wall, because I didn’t want to be bored watching the tennis, so I played lots of tennis.”

Machac loved tennis until he was 11, but from then on it was not always in the front of his mind. It was not until he was 18 that he fully focussed on pursuing tennis for a living.

“I realised I am good in the sport,” Machac said. “I [knew I] have to fight, improve myself and that’s how it went.” 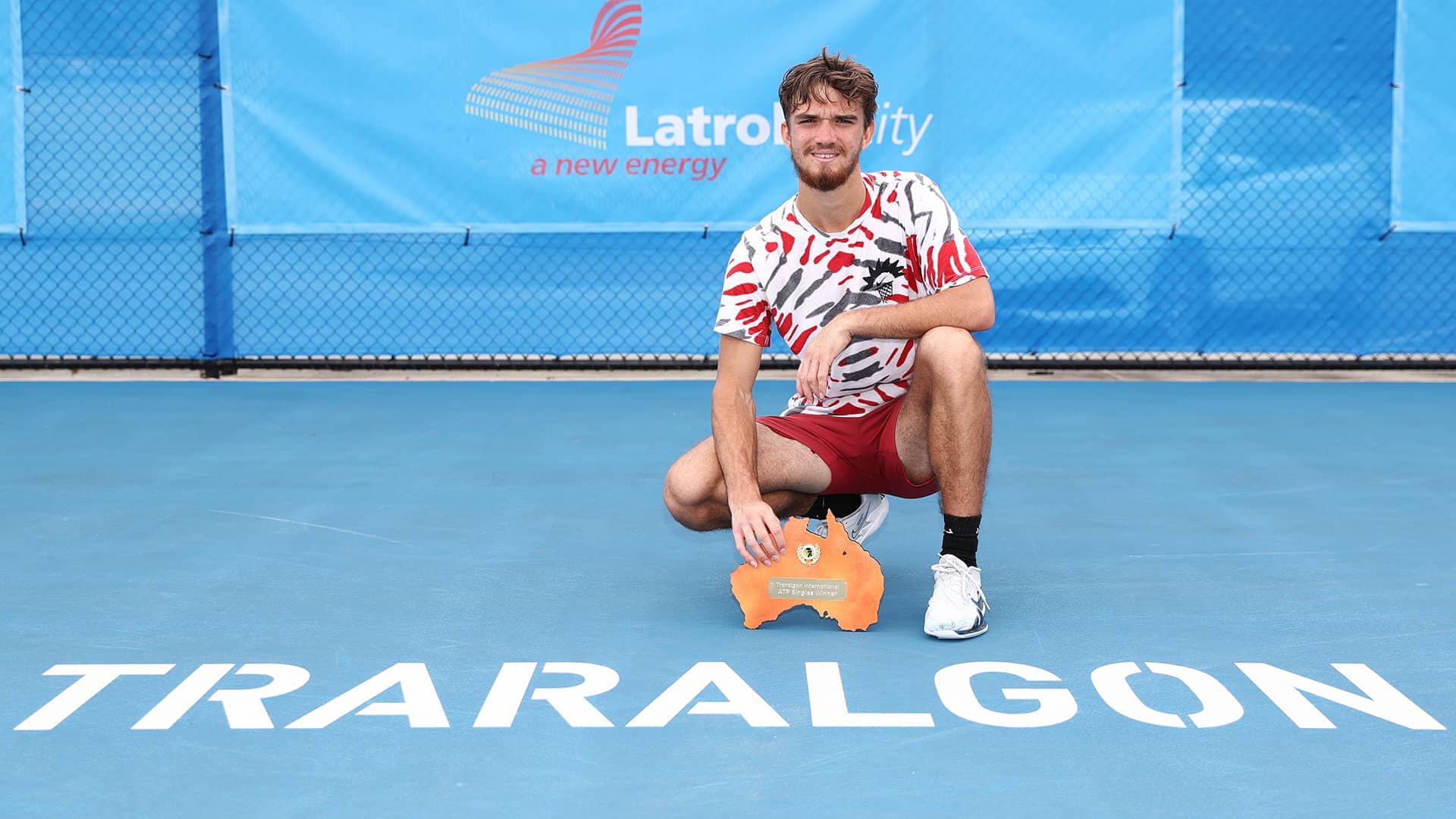 Machac is a three-time ATP Challenger Tour titlist. Photo Credit: Mike Owen/Getty Images.
If you saw the Beroun native walking around the Indian Wells Tennis Garden after he defeated Alexei Popyrin on Thursday, you would have noticed he was wearing a Los Angeles Lakers sweatshirt. Machac is a big basketball fan, who especially likes Michael Jordan. The NBA megastar retired before the Czech was born. Machac’s intriguing love of the former Chicago Bulls legend stems from watching a documentary series on him titled The Last Dance.

“It is crazy what this guy did in his career. His achievements, the moments he had were unbelievable,” Machac said. “I learned [from watching that] some days if you don’t feel well or are sick or something goes wrong, you can still fight, you can still make yourself comfortable in that moment and improve something in your game. That’s what he did. I improved a lot in that case.”

Although Machac’s big-match experience is still relatively limited, he will be able to ask WTA star Katerina Siniakova, his girlfriend, for advice. Siniakova has won two singles titles and is the No. 1 doubles player in the world.

“She’s a really good player. She’s had an unbelievable career. She’s first in the doubles, No. 55 in the singles, so I’m learning a lot from her,” Machac said. “She’s a fighter, and she never leaves any point in the game. She plays every point.”

Machac will try to do the same against Medvedev.