Ajla Tomljanovic was among the Australian winners at Indian Wells today, scoring a three-set victory against American hope Hailey Baptiste in the opening round. 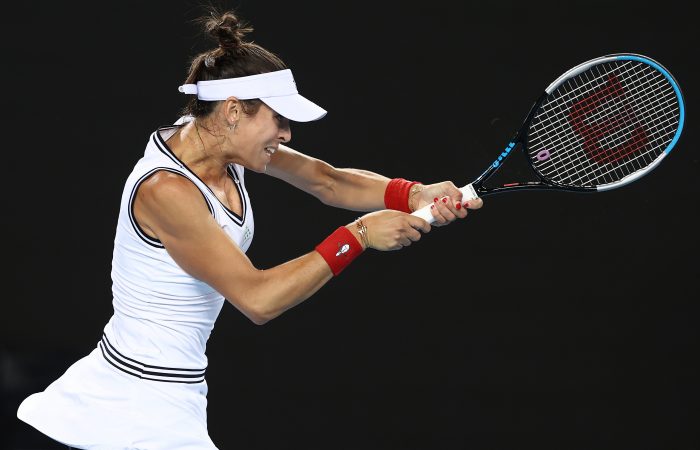 Ajla Tomljanovic has made a winning start to her Indian Wells campaign, recording a 6-2 2-6 6-2 victory against American wildcard Hailey Baptiste in opening-round action today.

The 28-year-old Australian made the most of her opportunities in the one-hour and 50-minute battle, converting six of the nine break points she earned.

World No.39 Tomljanovic also proved clutch under pressure, saving seven of the 11 break points she faced.

The three-set victory propels Tomljanovic into a second-round showdown with world No.27 Sorana Cirstea. The Australian owns a positive record against the 31-year-old Romanian, having won both of their previous career meetings.

Thanasi Kokkinakis has continued his impressive resurgence in the men’s qualifying singles competition, earning a main draw spot with a 7-6(5) 7-5 victory against Canada’s Vasek Pospisil.

The 25-year-old Australian, who recently returned to the world’s top 100 for the first time in almost six years, struck 12 aces in the two-hour and 12-minute clash.

Aleksandar Vukic had also been hoping to qualify at the ATP 1000 tournament. However, the 25-year-old Australian’s quest ended with a 6-3 6-2 loss to world No.99 Jaume Munar in the final round.