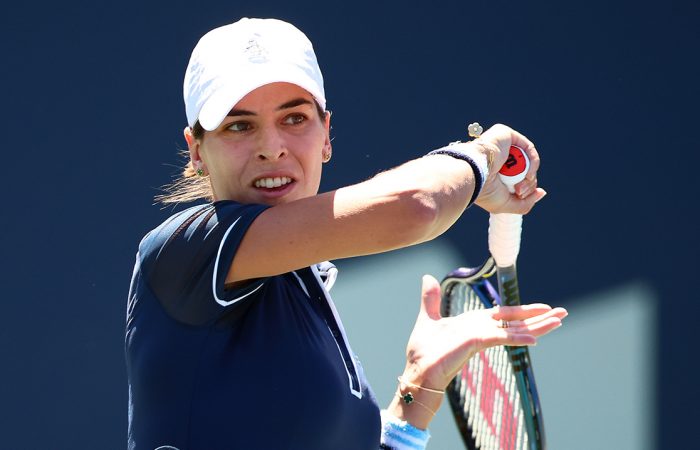 Ajla Tomljanovic has scored one of the biggest wins of her career in the second round at the Western & Southern Open in Cincinnati.

The 29-year-old Australian recorded a 6-7(3) 6-0 6-2 victory against world No.4 Paula Badosa in a late-night battle at the WTA 1000 tournament. The match, which finished after 1am local time, took two hours and 26 minutes to complete.

It is world No.63 Tomljanovic’s sixth career top-10 victory and her second this season.

This is also Tomljanovic’s second win against a top five-ranked opponent – and her first since beating world No.3 Agnieszka Radwanska at Roland Garros 2014.

The impressive three-set victory against the third-seeded Spaniard propels Tomljanovic into a third-round meeting with world No.20 Veronika Kudermetova. It will be their second match-up in as many weeks, after Tomljanovic scored a first-round win in Toronto last week.

Tomljanovic is the last remaining Australian contender in the singles draw in Cincinnati, after Nick Kyrgios and Alex de Minaur were knocked out earlier today.

A dominant serving display helped 11th seed Taylor Fritz record a 6-3 6-2 victory against Kyrgios. The American fired 16 aces and lost only 11 points on serve in the 50-minute encounter.

De Minaur lost by the same scoreline in his second-round clash with Canada’s Felix Auger-Aliassime.

It was a forgettable day for De Minaur, who was also eliminated in the second round of the men’s doubles competition alongside British partner Cameron Norrie.

Australia fared better in the women’s doubles competition, with Ellen Perez combining with American Nicole Melichar-Martinez to upset second-seeded Czechs Barbora Krejcikova and Katerina Siniakova in the second round.

In a rematch of their Wimbledon quarterfinal last month, Perez and Melichar-Martinez reversed the outcome with an impressive 6-3 6-2 victory.