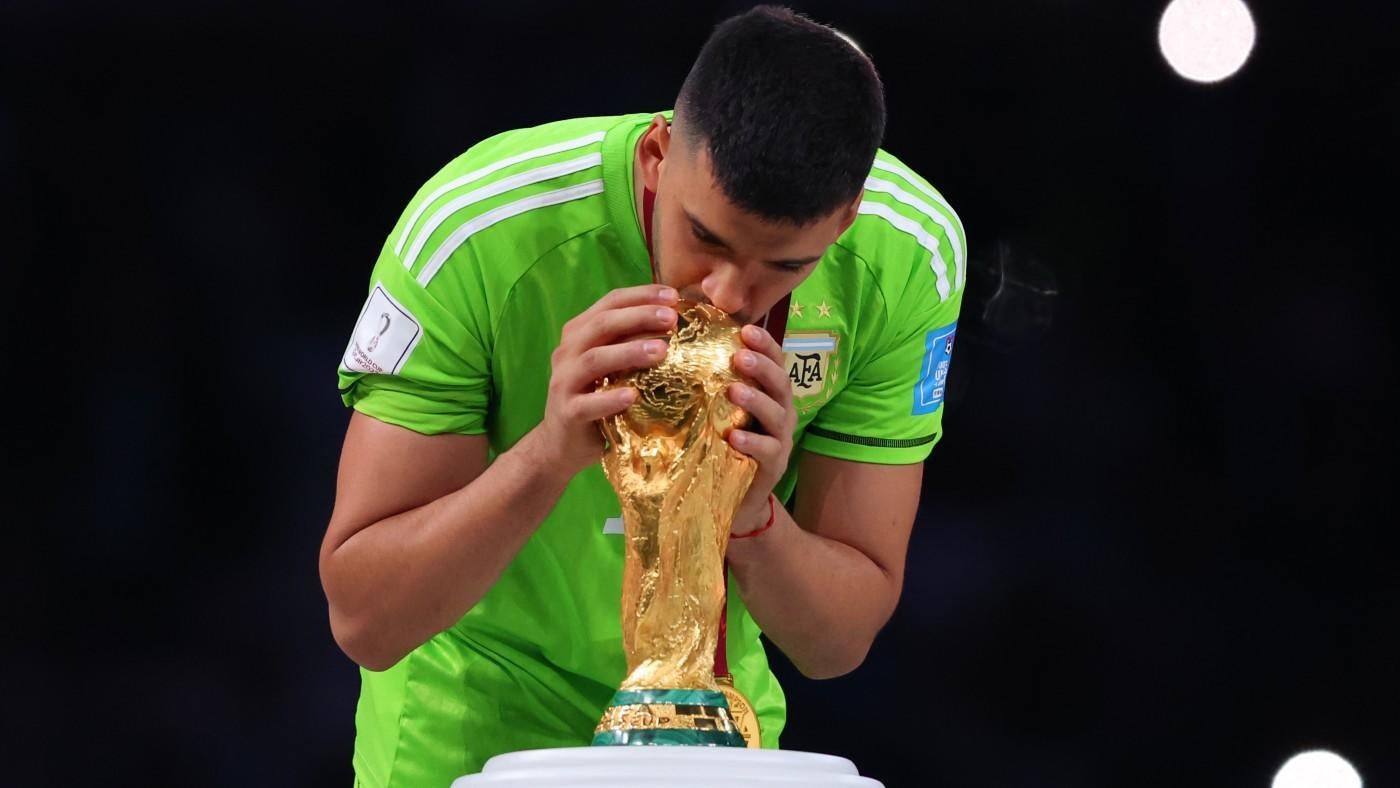 What’s better than a cup of coffee and the latest soccer transfer news? Join in as CBS Sports provides the latest updates from around the world and what they mean to your favorite teams. Chelsea are never far from the headlines and have announced Benoit Badiashile’s arrival from AS Monaco while Manchester United should add Jack Butland to their goalkeeper rotation shortly and AFC Ajax are set to bring in shot-stopper and World Cup champion Geronimo Rulli. Jerome Onguene has already returned to Red Bull Salzburg from Eintracht Frankfurt.

Let’s get to the transfer moves:

In the six-yard box

The biggest transfer stories of the day. These are the deals that are happening, or at least on the verge of getting done.

Another goalkeeper move with the 2022 FIFA World Cup winner with Argentine leaving Villarreal CF for Amsterdam. Per CBS Sports soccer insider Fabrizio Romano exclusively, there is already a full agreement in place between Ajax and the 2020-21 UEFA Europa League winners regarding the 30-year-old who is due in the Netherlands in the coming 24 hours to undergo his medical.

All of the necessary documents were signed regarding the France international’s move to Stamford Bridge yesterday. An official statement has now arrived with Badiashile having already completed his medical in London earlier this week, per Romano. Monaco will get just over $40 million and the deal has been confirmed by the principality outfit too.

This one is a six-month loan move which is into the final stage regarding the very small details. The England international’s medical has already been planned and Butland will be backup to David De Gea but ahead of Tom Heaton in the Old Trafford pecking order. This could be done sometime before the end of the week.

This one has already been announced with the Cameroon international returning to Austria on loan until at least the end of this season. Onguene only swapped Salzburg for Frankfurt last summer but could be followed out of the door from Juventus loanee Luca Pellegrini, according to Romano. Roko Simic has also joined FC Zurich on loan until the end of the season from Salzburg.

A bit of an unexpected one, but the German champions have brought in the experienced Dutch international as a free agent after he left Ajax. The 32-year-old rejected moves to Spain and Belgium to make the move to Allianz Arena until the end of this season and Blind’s medical has already been completed at Sabener Strasse with his arrival now official.

These moves may not be imminent, but there’s a lot of transfer fire in all the smoke these players and teams might be blowing.

The Poland international has confirmed that he is leaving Elland Road. Although his next destination has not been officially revealed yet, Major League Soccer side DC United have a full agreement in place to bring in the 32-year-old per multiple reports. There are just a few documents left to sign until this one is completed.

The Australia international has been pictured in Scotland as he continues talks with Hearts over a potential loan move. The decision to visit the Oriam facilities suggests that the Edinburgh switch is a serious possibility and could advance in the next few days.

These moves might be speculative but they’re ones to keep an eye on.

Napoli not in for Angers’ Azzedine Ounahi?

It is no secret that 2022 World Cup star Azzedine Ounahi will leave Angers SCO soon and many European sides have been linked with him. However, Napoli appear to have distanced themselves from the Morocco international with Bartosz Bereszynski edging closer from Sampdoria: “Bid ready for Ounahi? We feel our squad is complete now,” said sporting director Cristiano Giuntoli. “We are just focusing on the pitch. Negotiations are ongoing with Sampdoria for Bereszynski.”