Stefanos Tsitsipas lost his first two matches against Nick Kyrgios in final-set tie-breaks. But the Greek star would not let it get that far on Saturday afternoon in Boston.

“I was really pumped. First of all, I had the team behind me pumping me up. Their energy is important,” Tsitsipas said in his on-court interview. “Coming in with a negative record, of course you want to change that, get a win at least, which I’m very happy with today. It took a lot of hard work and it took a lot of dedication during that match, so I’m pretty pleased with the outcome of it.”

Team World got a confidence-boosting doubles win from Isner and Denis Shapovalov to finish play Friday evening. But Tsitsipas took back the momentum with a solid serving performance in which he won 82 per cent of his first-serve points — including all 13 points behind his first delivery in the opening set.

For much of the match, Kyrgios struggled to find an answer for Tsitsipas’ serve and gain traction in rallies. Although he has plenty of firepower, the 26-year-old was struggling to put himself in position to use it.

The Team World bench, led by captain John McEnroe, tried to keep Kyrgios positive. Diego Schwartzman even provided specific advice, telling his teammate to try to take his backhand up the line more often when on the run to keep Tsitsipas from dictating in the Ad court.

At 1-2, 15/15 in the second set, Tsitsipas had a hiccup when his left shoelace broke. Team Europe alternate Feliciano Lopez gave the Greek his own shoelace before Tsitsipas decided to just change shoes. But the in-game trouble did not come until he served at 4-3.

Tsitsipas saved his first five break points in that game and then another at 5-4 when he served for the match, all behind clutch serving and aggressive play. The World No. 3 then finished off Kyrgios with a forehand passing shot.

“It was quite nerve-wracking,” Tsitsipas said. “I did find ways to close it with the best possible way.” 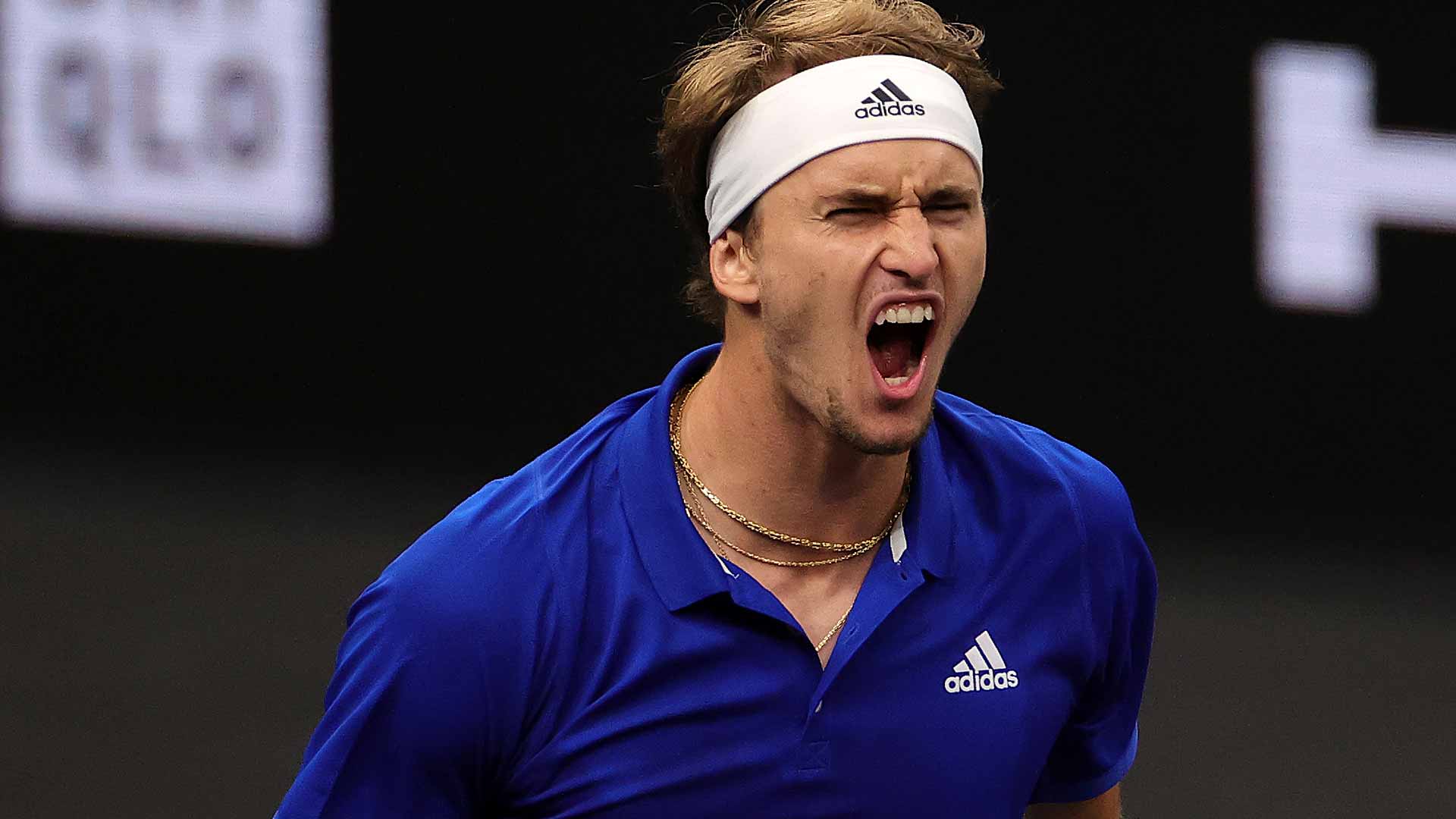 Alexander Zverev” />
Photo Credit: Carmen Mandato/Getty Images for Laver Cup
Isner battled hard to get Team World back on track against Zverev, but was unable to earn the victory. Zverev dominated on serve in the Match Tie-break to win after two hours and 18 minutes.

The last time the pair played, Isner beat Zverev in a Match Tie-break at the Laver Cup in 2019. But the German claimed his revenge and now leads their ATP Head2Head rivalry 7-2.

“I think in this format, playing against John is probably one of the toughest opponents there can be,” Zverev said in his on-court interview. “He’s the best server of all-time. He was hitting the ball extremely hard, extremely well today. And to be honest, I played a pretty good match. Even the second set that I lost, I don’t think I did many things wrong. That just shows that the match was very high level.”

Zverev, who won a gold medal at the Tokyo Olympics and triumphed at the Western & Southern Open in Cincinnati, had his hands full with the home favourite. Isner was two points from winning the first-set tie-break and worked hard to claim the second set, which he did successfully in large part thanks to aggressive returning and a key backhand passing shot.

But Zverev gave no freebies in the Match Tie-break. He earned an early mini-break and never looked back. In Saturday’s evening session, recent US Open champion Daniil Medvedev will represent Team Europe against Denis Shapovalov before Tsitsipas and Andrey Rublev take on Isner and Kyrgios in doubles.