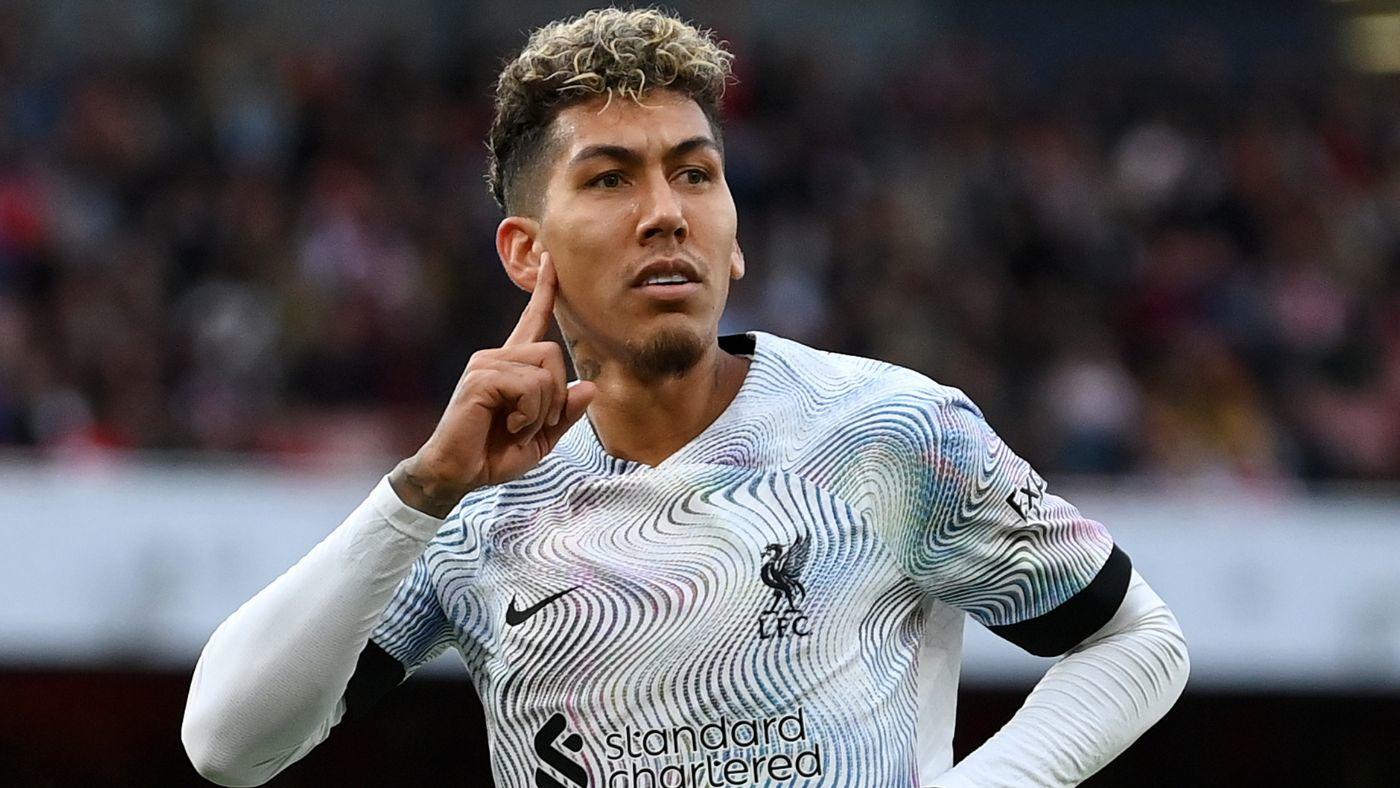 The second half of the Champions League group stages is upon us (catch all the action on Paramount+). For the likes of Real Madrid, Bayern Munich and Club Brugge (yes, really) the chance to secure swift qualification looms large. For others the fight to extend their involvement in Europe beyond Christmas is firmly on. Here is what we’re keeping an eye out for:

Rangers vs. Liverpool: Reds leave too much space but get away with it

For starters, it is probably worth noting that Liverpool are likely not going to be as severely punished for their failings in midweek as they were on Sunday… and might be again this coming weekend. Either side of their trip to Glasgow they have come up against perhaps the two best teams in the Premier League, Arsenal having claimed the role of Manchester City’s understudy for themselves with a deserved 3-2 win. Speaking after that game Jurgen Klopp acknowledged that he had deeper concerns than just how his side had been beaten at the Emirates Stadium — “of course I am not happy – how can I be?” — and even if he saw some signs of a way out of the crisis that has seen Liverpool crash out of the title race. “What you build with your hand you knock down with your backside,” he bemoaned.

One might pick any number of issues that need addressing right now. Mohamed Salah looks a little off his best form and he, along with Trent Alexander-Arnold, will surely have to carry a greater creative burden with the impressive Luis Diaz facing a spell on the sidelines. Liverpool’s right back had more lowlight moments defensively whilst on the opposite flank Kostas Tsimikas has not developed into the serious alternative for Andrew Robertson that he seemed to be earlier in his Anfield career.

But then, against Arsenal, there seemed to be a more profound problem than anything individual. With and without the ball, Liverpool’s spacing seemed completely askew from the outset. Take this moment before Gabriel Martinelli‘s opener, Alisson has six options in close proximity to him (Virgil van Dijk’s positioning to the left was not picked up by TV cameras), enough to maneuver around the hosts’ press. But, out of shot entirely, are the attacking quartet that Klopp introduced to his system in midweek; they are all around the halfway line, leaving a chasm that can only be bridged by a long ball.

Liverpool almost fashion something across that gap, but then that creates problems of its own. Thiago and Jordan Henderson charge forward when it looks like William Saliba has given possession away in the final third. Six seconds later they are taken out of the play and the midfield that ought to be shielding Liverpool’s back three looks like this.

Henderson can’t get back quickly enough to block the pass infield and Martin Odegaard slips the ball in behind for Martinelli. As the first half wore on Liverpool’s midfield duo pushed the play up towards Arsenal’s goal and on occasion the Gunners seemed hemmed in by what had become a front six but there was more than one occasion where they broke through the first press and found huge tracts of land in behind that were once occupied by Fabinho.

When the Gunners flew threw to score their second on the stroke of half time Thiago was visibly flagging as Odegaard sprinted away from him. A two man midfield can work for Liverpool or any team but if both midfielders are going to play box to box roles then they need to have engines that these two 30-somethings don’t. The midfield used to be Liverpool’s bulwark against counter-attacking. Now it seems to invite it. The visitors will probably still have enough to get the job done but Ryan Kent will surely be licking his lips at the space he may be afforded on Wednesday night.

Through three games of the group stage two teams have three wins to their name without a goal conceded. One, Bayern Munich, is eminently predictable. The latter was almost unimaginable. There was a general consensus that Group B might be wide open but if any team was going to be separated from the rest it would be Club Brugge. Not, it was assumed, because they would hold a six point lead at the top of the table and are almost certainly bound for the knockout stages.

One might have expected this to be a tough campaign for a rookie head coach in Carl Hoefkens, one who had lost his best player (Charles De Ketelaere) and several other starters. Instead his employers recruited shrewdly, most notably in bringing Ferran Jutgla from Barcelona, and the new boss set up his team to play in fearless fashion. In their 2-0 win over Atletico Madrid they pushed their wing-backs high and allowed two of their three midfielders to attack the penalty area. As Jutgla bends in their winning goal there are four other Brugge players in the box, enough to overwhelm an Atletico defense that isn’t what it was.

But for all that the score pointed to a comprehensive win for Brugge, Diego Simeone was not wrong when he said that all Atletico were missing was “precision”. Alvaro Morata should have found the net in the 25th minute when played in behind. Yannick Carrasco and Antoine Griezmann were both unfortunate to slash efforts against the side netting. Even at 2-0 down the visitors had enough chances to win the game, not least the penalty Griezmann slammed against the bar.

The Belgians’ attacking convictions have made them one of the most enjoyable teams to watch in the Champions League this season, not just for what they do in the final third but for the back door they left open against their opponents last week. Hoefkens’ side have not outshot their opponent in any of the three games so far in Europe and just about shade the expected goals (xG) battle by 4.8 to 4.2. They are in the bottom quartile for shots allowed yet have not conceded a goal. Only Andre Onana and Anatoliy Trubin have outperformed their post-shot xG more than Simon Mignolet as shotstoppers, who has faced shots on targets worth 2.9 xG. He was exceptional in the win over Atletico is probably fair to assume that the former Liverpool goalkeeper is not going to continue on a pace that would place him among the best goalkeepers in Europe.

Mignolet is likely representative of a hot streak that simply won’t last — though Brugge got a fair bit of their regression to the xG mean out of the way in a shock 2-0 defeat to Westerlo at the weekend — but they have almost certainly done enough already to guarantee their spot in the last 16 ahead of teams with far greater means.

Stefano Pioli at least returned from London well aware of where his side had lost the battle with Chelsea last Wednesday. Mason Mount, Raheem Sterling and in particular Reece James had run AC Milan ragged on the flanks, turning a match where neither side were hugely impressive into a convincing 3-0 win for the Blues. It was a game where the most pronounced difference was at full back. Chelsea had one of the best players in the world in that position whilst in Fode Ballo-Toure and Sergino Dest, Milan were deploying two players who simply were not Champions League caliber.

It was immediately apparent how much stronger Milan looked down the flanks on Saturday when Theo Hernandez returned to the side and Pierre Kalulu shifted out wide from central defense. Not once did Juventus successfully complete a cross from Kalulu’s side, quite a feat for the young Frenchman considering that he was defending against the unerring accuracy of Filip Kostic. Massimiliano Allegri’s side came to the San Siro lining up in a 4-4-2 and had no joy down the flanks. It suggests that Pioli has found a solution, a way to tighten things up out wide.

Hernandez, meanwhile, offered Milan more than just defensive solidity. The problem for Milan on Wednesday was not just that they could not defend their flanks but that neither Ballo-Toure nor Dest could get the ball up the pitch. The France international did not shy away from possession at all, indeed no player attempted more passes than Hernandez, who drifted into central areas to aid in the build up play. “Theo played in midfield when he had the ball, we had prepared this situation so it would have been easier for [Rafael] Leao to have one vs. one situations on the left,” said Pioli. “Theo is smart enough to read situations well, we wanted to have two playmakers and two midfielders beyond their central midfielders.”

Will tightening up the full backs be enough to carry Milan to victory in the San Siro? It remains something of a toss up as the Serie A champions battle a host of injuries, now including De Ketelaere. The Belgian’s absence might increase the attacking strain on Leao even more and for the most part Chelsea did well to restrict the supply line into the Portuguese forward. That might be enough to keep Milan from winning the game but at least on this occasion Milan will have an avenue to give as good as they get on the flanks.