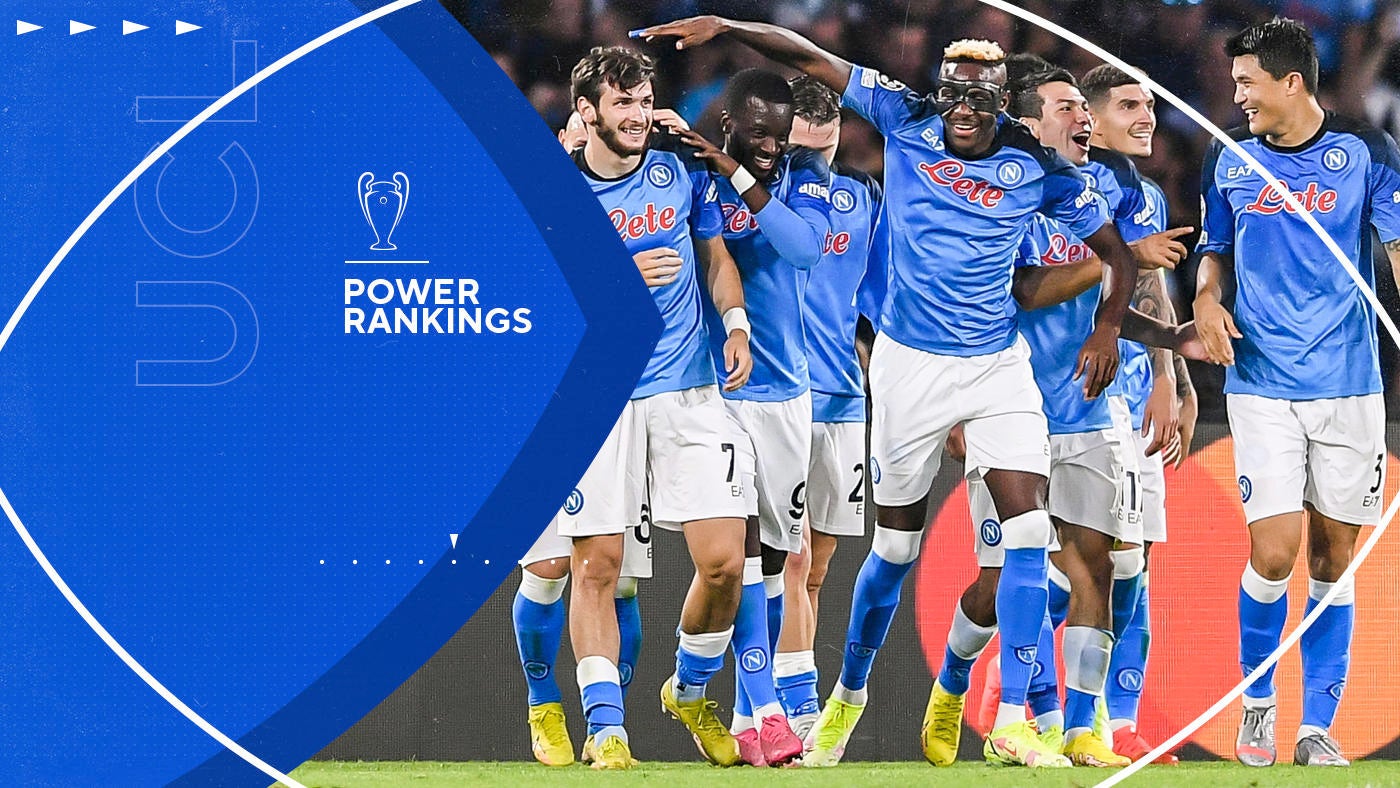 There are just two round of games left in the Champions League group stages (you can catch all the action on Paramount+) and already the knockout rounds are beginning to take form. Five teams (Manchester City, Real Madrid, Bayern Munich, Napoli and, remarkably, Club Brugge) are through. Three know they will not be playing in the last 16. Here’s the shape of the tournament as we head into its most decisive stage:

The top tier: Title or bust

These teams should be disappointed with anything less than a semi final berth and frankly even that might not be enough, such is their talent profile.

One could make a case that this particular iteration of Madrid is better than the one that won the whole thing last year. Aurelien Tchouameni has led a youthful influx into midfield and Vinicius Junior continues to thrive. Best of all, however, has been a belligerent, bold defense that was typified in Antonio Rudiger’s fearless, slightly mad pursuit of the header that earned his side a draw with Shakhtar Donetsk.

Serious contenders: If things go right, why not us?

It certainly is not beyond the realm of imagination that any of these teams could be lifting the European Cup in Istanbul come May, though it may require a few fortunate breaks for the tournament to go their way.

Dropping down a tier might seem perverse for a team that just ran seven goals in, but even in that win over Rangers you could see cracks emerging that simply were not present in the best iterations of Liverpool. Jurgen Klopp’s switch to a 4-4-2/4-2-4 has left his side looking extremely vulnerable down the middle when opponents counter, as Gabriel Martinelli and Scott Arfield have shown in recent days.

Four games is still a small sample size to assess them against their European peers, but Napoli’s Serie A form offers plenty of indications that these Champions League results are very, very real. Here’s a team that are averaging 2.55 expected goals per game in Serie A and Europe. By way of comparison Manchester City are at 2.42. Those two teams might be the most devastating attacks on the continent.

Dark horses: Unlikely contenders, but contenders all the same

These teams are unlikely champions, but then so were Real Madrid at this time in 2021. It may take a change of circumstances, or a new tactical plan, or simply Karim Benzema having the season of his life, but it’s possible. It’s certainly not probable, but stranger things have happened.

That they played so much of their 2-0 win over AC Milan against 10 men makes it harder to clearly read much into Graham Potter’s side, but in the earliest of days the signs are encouraging. It looks like Chelsea are a little looser and more expressive than under Thomas Tuchel without sacrificing all that much of the defensive rigidity their former manager gave them. This many games into the German’s tenure we were saying similar things about encouraging progress but a fair way to go. We know how that ended… and Potter has more time on his side.

How can you seriously buy into the idea of PSG winning the Champions League when they are riven by the sort of infighting, ego mismanagement and philosophical emptiness that is supposed to be reserved for the British government? With Kylian Mbappe asking out, who knows how long their best player will be at the club and what state of mind he will be in if he is compelled to stay? Even if he is on form this side still looked no better than a good, but not great, Benfica side.

Bound for the knockout stage

These teams are either already in the last 16 or it would take a sizeable wobble in the run in to cost them a top two spot in the groups.

In our bold predictions before round four we asked if Club Brugge were merely benefitting from a remarkable hot streak from their goalkeeper Simon Mignolet and some ice cold shooting from opposition? They almost certainly are and Mignolet’s face-first denial of Alvaro Morata only bolsters the evidence base that suggest this won’t last. But who are we to rain on their parade right now — the Belgians are bound for the last 16 and that is an exceptional achievement even if that’s all there is to their European campaign this season.

As the end of the group stage approaches these teams aren’t out of it yet but there is plenty of work left to be done.

There are still question marks aplenty over their form in the Bundesliga but recent games have at least seen an upswing in performances from both Christopher Nkunku and Timo Werner. Both are players who seem like they need a target man alongside them; that could run the risk of making Marco Rose’s side a bit too open if they are in the last 16, but for now these two are thriving on the European stage.

One of the most fascinating storylines of the final two group games could well be which of Marseille and Sporting can join Tottenham in the last 16 or if both might even overhaul Antonio Conte’s side. The latter know they can do so but their discipline fell apart dramatically against their French opponents in the last fortnight, costing them what could have been top spot in Group D.

Marseille, meanwhile, have the feel of a team who are really surging forward (notwithstanding defeat at home to Ajaccio in Ligue 1). Alexis Sanchez is rolling back the years and might be the perfect blend of fighting spirit and talent to propel OM to the last 16.

Atletico Madrid are going to have to take the bull by the horns if they want to make the last 16 and that is terrible news for any neutral observers. There are few more agonising sights in top tier European football than watching Diego Simeone’s men attempt to break down a stacked defense; if Antoine Griezmann can’t deliver some miracles the Europa League may be the best Atleti can hope for.

The best case scenario for these teams might just be that they get third place and drop down to the second tier of European competition.

If Viktoria Plzen do Barcelona the biggest of favors one could still envisage a scenario where Xavi’s side go on to win the whole thing but it is extremely unlikely that we will see this club in the second half of the Champions League. Failure to qualify paints this summer’s remortgaging and subsequent spending spree in an uncomfortable light. Joan Laporta and company knew that they could be handed a fiddly group — just as they were last year — and that their passage into the latter stages could be decided in a straight fight with the third seeds. The draw was unkind to them and now tens of millions in much needed revenue could well be gone.

Did anyone else get the sense that Juventus’ hierarchy announcing that Massimiliano Allegri staying in place was done as a punishment to their underwhelming players? They can’t sack all of their squad, they apparently can’t afford to sack their manager but the one thing they really can’t afford is not to qualify for the Champions League. And right now it looks like it might be a while before we see The Old Lady again.

A word of apology for Maccabi Haifa, who so often were left languishing at the bottom of our power rankings almost by default. There was of course no realistic way they were getting to the knockout rounds but throughout their first four games, particularly those in Israel, they proved themselves to be a disciplined side who could at least make it hard for their opposition to get away a lot of shots (Inter and Juventus are among those to allow more). Their memorable victory on Tuesday was no less than they have merited through four games. They might yet make the Europa League.

Out of the picture

These teams have been eliminated from the Champions League.