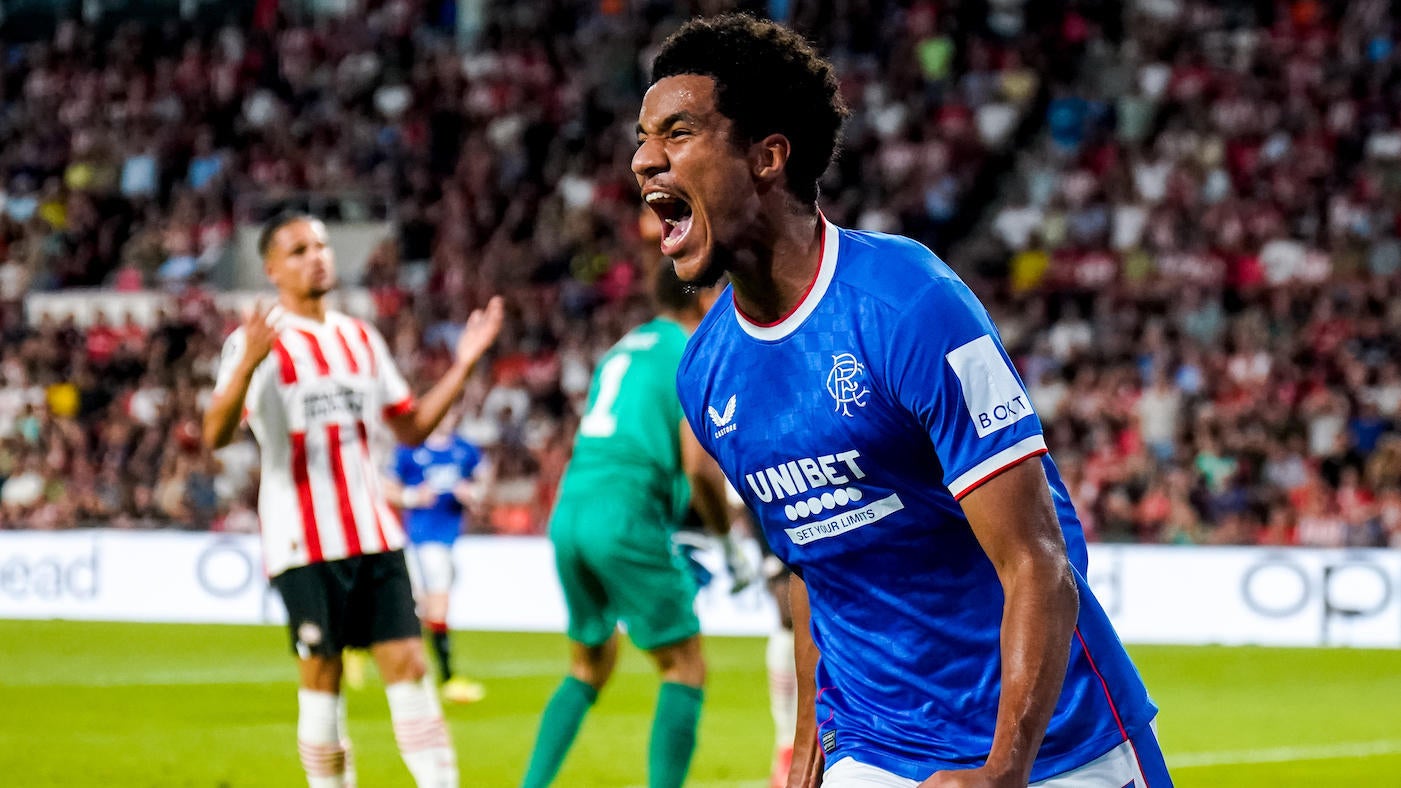 The UEFA Champions League will return to the Middle East for the first time in seven years with Israel’s Maccabi Haifa into the group stages after edging out Red Star Belgrade of Serbia. It is also the first time since 2007-08 that Scotland has two teams at this point after Rangers advanced ahead of PSV Eindhoven in the Netherlands.

Portuguese giants SL Benfica and Czech outfit Viktoria Plzen also made it through on a night of European drama on Tuesday while Wednesday also delivered with Croatia’s Dinamo Zagreb and Norwegians Bodo/Glimt going to extra time as the play-offs reached their climax.

In the Champions Path, Maccabi led 3-2 from the first leg in Israel with Frantzdy Pierrot scoring twice, Dolev Hazizia providing three assists and Tjaronn Chery’s superb strike clinching the win after Aleksandar Pesic and Guelor Kanga’s goals for the Serbs had threatened an away win.

Craving even more coverage of the beautiful game? Listen below and follow ¡Qué Golazo! A Daily CBS Soccer Podcast where we take you beyond the pitch and around the globe for commentary, previews, recaps and more.

It was another memorable night on Tuesday in Belgrade with Pesic and Mirko Ivanic giving the hosts a comfortable lead only for Daniel Sundgren to level the tie and Milan Pavkov‘s dramatic own goal sealing the tie for the visitors as extra time loomed.

After a goalless opening leg in Azerbaijan, Viktoria Plzen edged Qarabag 2-1 with Jan Kopic and Jan Kliment‘s goals canceling out Philip Ozobic’s opener as the tie took time to get going before finally catching fire in the Czech Republic.

Elsewhere in the Champions Path, a goalless draw in Turkey sent Copenhagen into the group stage with Viktor Claesson and Lukas Lerager’s first leg goals enough for the Danes despite Tasos Bakasetas giving the Turks a chance at the end of the opening leg.

Meanwhile, Dinamo Zagreb and Bodo/Glimt went the distance after Albert Gronbaek pegged the hosts back after Mislav Orsic and Bruno Petkovic goals gave them control. Thanks to Amahl Pellegrino‘s first leg winner, the Scandinavians took the tie beyond 180 minutes before falling to substitute Josip Drmic and Petar Bockaj‘s late efforts to seal a 4-2 aggregate win.

As for the League Path, Benfica already led Dynamo Kyiv 2-0 from leg one after Gilberto Junior and Goncalo Ramos goals in Poland and the Portuguese added three to their advantage before half-time in the second leg with Nicolas Otamendi, Rafa Silva and David Neres all on target in the space of 15 minutes in Lisbon.

Tuesday was just the appetizer for Wednesday’s League Path with Rangers coming out on top against PSV thanks to Antonio Colak goals in each leg. Tom Lawrence also scored in Scotland as Ibrahim Sangare and Armando Obispo earned a draw for Ruud van Nistelrooy’s men only for them to fall short at home having seen off AS Monaco earlier.

How to watch Champions League draw