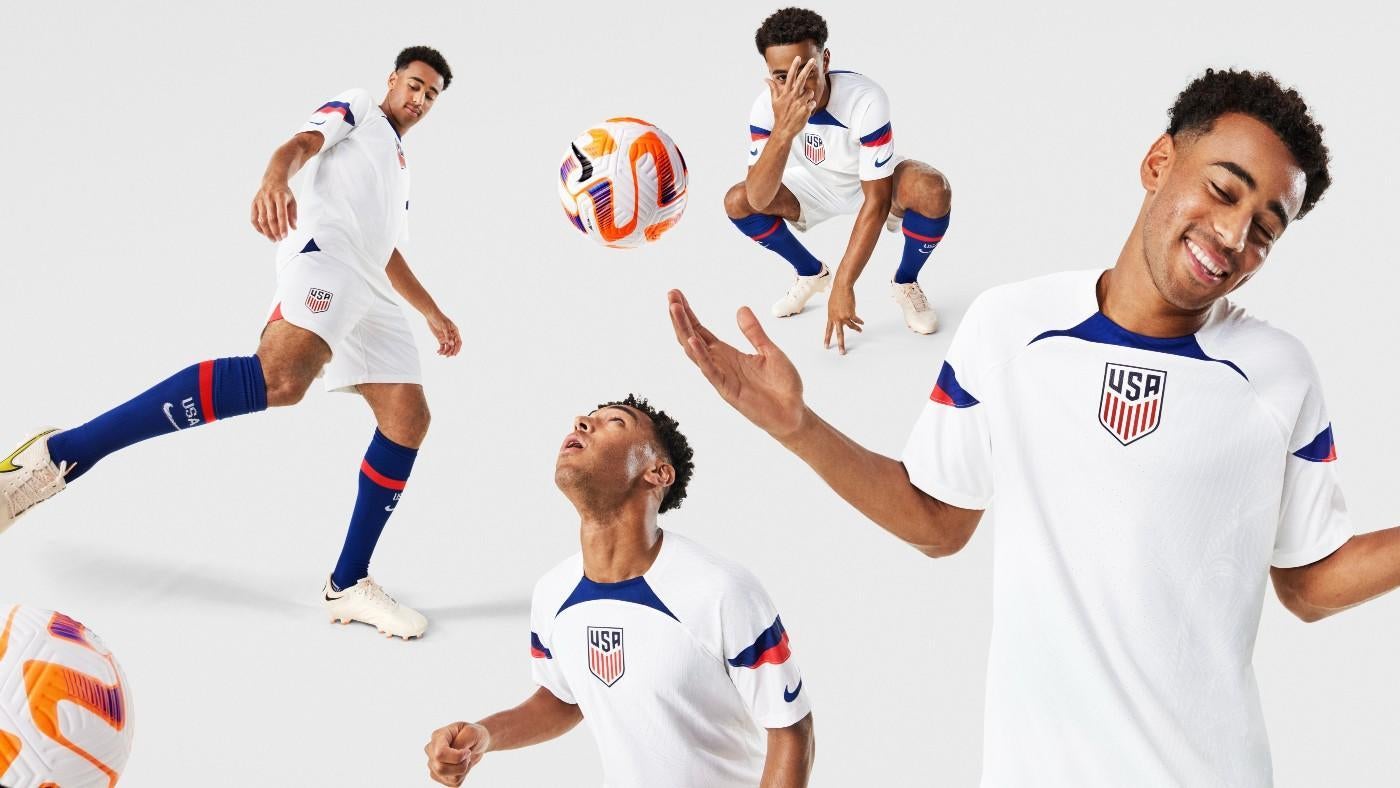 With the 2022 FIFA World Cup in Qatar just over two months away, we now know officially what the United States men’s national team will be wearing on the pitch. Nike unveiled uniforms for every World Cup participant on Wednesday, including the U.S. men’s and women’s soccer team, who will don a all-white home jersey that features navy blue around the neck area and both red and blue on the sleeves, while the away jersey is a lighter blue shade with an almost cloud-like design.

Both uniforms feature the Nike swoosh on both sleeves as the sportswear company has aimed to give a nod to another American sports with the jersey. The swooshes on both sleeves are similar to what we see with American football jerseys. “States United” is also etched on the inner back of the jersey.

These uniforms, according to Nike, are inspired by insights and conversations with athletes. Additionally, more than 75% of the entire Nike Football apparel collection was made with 100% recycled polyester.

“The 2022 USA collection serves as a symbol of national pride and draws inspiration from the United States’ diverse and storied sport legacy, as well as the U.S. Soccer Federation’s role as leaders in shaping – and uniting – sport culture throughout the nation,” Nike’s release said.

“The iconic U.S. uniform design cues include bold stripes, an enlarged center crest akin to basketball jerseys, double Swooshes on the sleeves reminiscent of those used on American football jerseys, the unique shoulder and sleeve cut-and-sew construction and pattern of a hockey jersey, and timeless block lettering.”

The design of the away jersey is described as an “ice-dying technique” to create a pattern to celebrate “diversity and youth.

The USMNT announced their roster on Wednesday for the two upcoming friendlies against Japan on Friday, Sept. 23, and versus Saudi Arabia on Tuesday, Sept. 27, where they will presumably wear their new threads in preparation for the 2022 FIFA World Cup in Qatar.