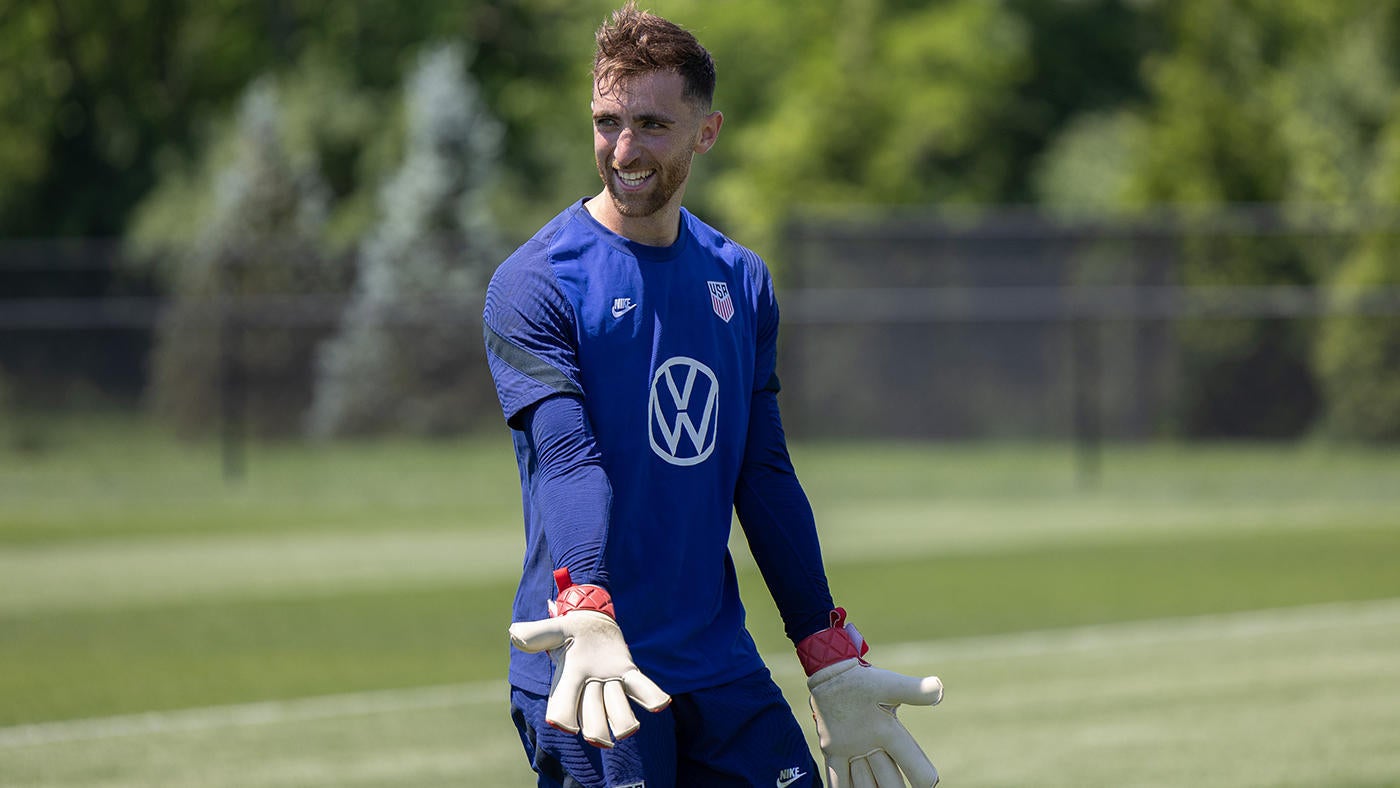 Arsenal backup goalkeeper Matt Turner enters the United States men’s national team training camp with a huge opportunity ahead of September friendlies against Japan and Saudi Arabia. After joining the Gunners during the summer, his mission was to earn minutes and ensure that he is in the best position possible to earn a starting role at the World Cup in Qatar.

Despite playing fewer games than expected due to Arsenal’s Europa League tie with PSV being postponed due to the death of Queen Elizabeth II, the 28-year-old will have an opportunity to take control of that starting role with Zack Steffen missing this camp due to a knee injury.

Turner moved overseas to to London and became a father all while joining a new club, but he’s taking this season of change and the challenges that come with it in stride. Speaking to reporters after USMNT training on Monday, Turner recalled a meeting he had with his goalkeeper coach as a moment where things began to click for him.

“Looking back then to now, the difference in the goalkeeper that I am is huge, and I’ve changed massively,” Turner said. “I’m looking forward to representing the country and having these opportunities to hopefully show everybody else as well.”

Working with world-class players at Arsenal has helped Turner grow in training every day to help put him into this situation. While at times they get the better of him, he also has raised his game to compete. Seeing internationals in attack the likes of Gabriel Jesus, Bukayo Saka and Martin Odegaard will do that for everyone as they’re on a different level than Turner’s New England Revolution teammates.

While the transition to London has been a new experience for Turner, he has friends from Fairfield University that are back in in town who he’s closer to with Arsenal, which has been a welcome surprise. While he has a solid understanding of English culture, Turner won’t be calling traffic circles roundabouts anytime soon. Unlike Brenden Aaronson, who told reporters he’s been on his “golf grind,” Turner won’t have time to hit the links with a new baby and hope of taking over the No. 1 role, but he’s enjoying life in England all the same.

When asked how his lack of playing time would impact his sharpness, Turner said that “it depends on how you look at your situation and view your comfort levels. And for me, I want to continue to get better. I know that my ceiling has not yet been reached and it’s going to take some hard work and some risky career moves at the end of the day.

“But if I want to get to where I want to get to, I need to get outside of my comfort zone a little bit, and that’s going to help my sharpness every single day and my approach to the game in general.”

This is when it comes back to the competition for places at Arsenal. While Turner may have to shake off some rust as a result of not playing regularly, being able to step up when called upon is important too. Even when Steffen has been available for Middlesbrough, he has made mistakes of his own that have given Turner this opportunity with the World Cup looming and this international break will also set him up well when he returns to Arsenal.

After this camp, Turner will have six matches (between Europa League and League Cup) to play for Arsenal before the United States kick off their World Cup campaign in Qatar in 67 days. Counting this international break with that, he’ll have plenty of time to shake off the rust with a game roughly every eight days. First, up will be a date with his Arsenal teammate Takehiro Tomiyasu and Japan on Friday, Sept. 23.