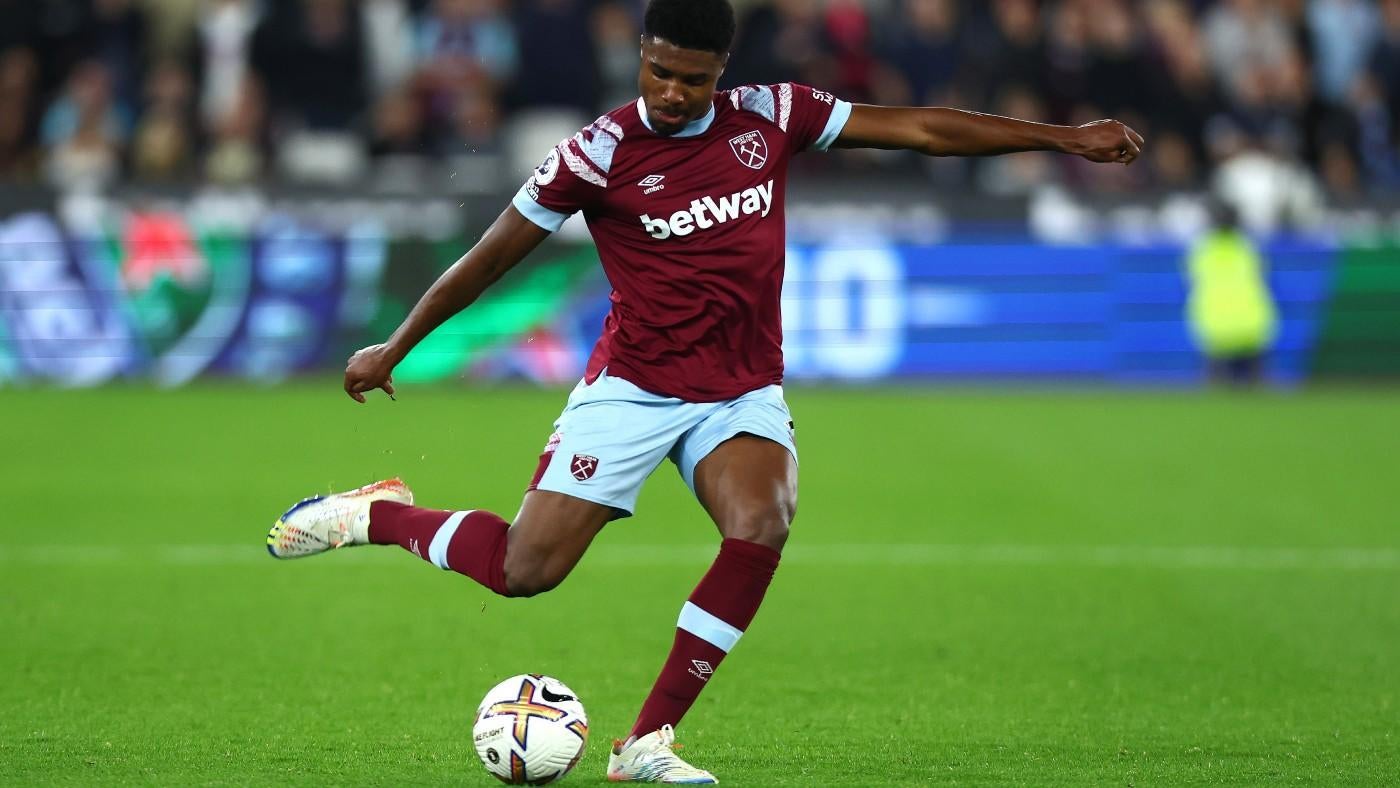 The top two clubs in 2022 UEFA Europa Conference League Group B will square off Thursday on Paramount+ as West Ham United hosts Silkeborg. West Ham (4-0-0) have a commanding six-point lead over Silkeborg (2-0-2) thanks, in part, to West Ham’s 3-2 victory when they faced each other in September. The other two teams in the group have already been eliminated from contention to the Round of 16, and either a win or draw would cement West Ham as the group winner with Silkeborg in second place. You can catch all the action when you stream the match live on Paramount+, which you can try free for 30 days with the promo code UEFA22.

Kickoff from London Stadium in England is set for 3 p.m. ET on Thursday. The latest Silkeborg vs. West Ham United odds list West Ham as the -255 favorite (risk $255 to win $100) on the 90-minute money line, with Silkeborg as the +600 underdog. A draw is priced at +380 and the over-under for goals is 2.5. Thursday’s match will be streamed live on Paramount+ with their must-have Premium plan.

Paramount+ is the only place to watch every minute of every UEFA Europa League match this season. From now until Nov. 17, sign up using promo code UEFA22 to get 30 free days of Paramount+. A subscription also gives you access to other sports content including the UEFA Champions League, Italian Serie A, NWSL, NFL on CBS, and countless movies and shows. Get 30 free days when you sign up right here and use promo code UEFA22.

How to watch West Ham vs. Silkeborg

Before you tune in to Thursday’s match, you need to see the Silkeborg vs. West Ham picks from SportsLine’s soccer insider Jon Eimer. Eimer is a high-volume bettor who has vast knowledge of leagues and players across the globe. Since joining SportsLine, he has covered the English Premier League, Serie A, the FA Cup and much more. He is 243-225-7 overall on his soccer picks in 2022, including an astounding 37-20-1 on Premier League predictions for a profit of more than $1,400 for $100 bettors.

For West Ham vs. Silkeborg, Eimer is picking over 2.5 goals at a -155 payout. Games are much more free-flowing when West Ham United plays at home, and that’s evident in their domestic league. Across six home matches, the team’s games have totaled 14 goals, while across the same number of road matches, they’ve totaled just nine goals.

As for Silkeborg, they play in high-scoring games no matter the location. Their last three games have seen at least five combined goals, and their last three Conference League matches have averaged 5.0 total goals. Exactly five goals were scored when these teams first played in September and Eimer wouldn’t be surprised if they approach that mark again on Thursday.

“Both these sides have been letting out their league frustrations during this competition and have enjoyed running up the scoreboard on their weaker opponents,” Eimer told SportsLine. “We should not see a shift in playstyle come Thursday, as both teams have operated off the ‘Attack Over Defense’ mindset.”

How to watch, live stream UECL on Paramount+