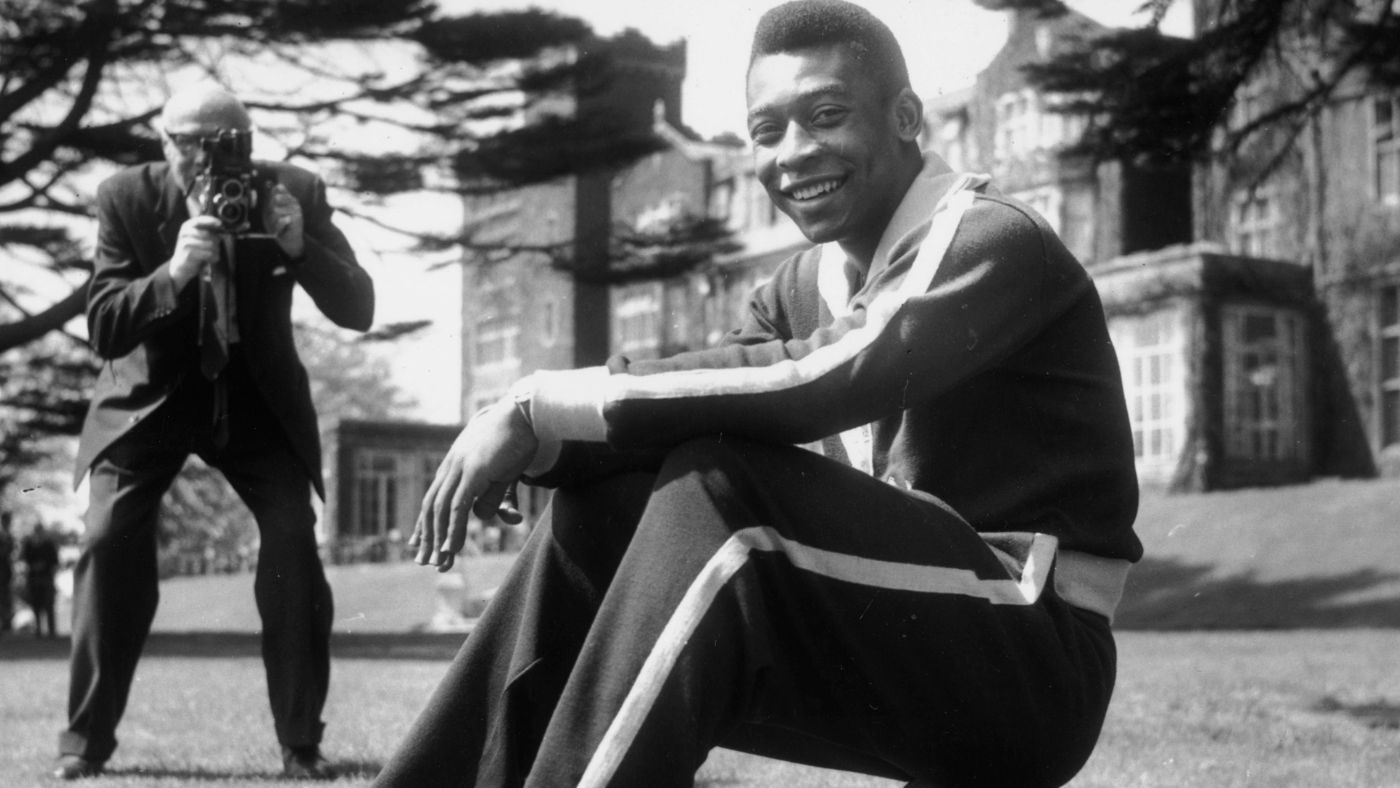 Santos FC lost its legend, Brazil lost its national treasure and the world of soccer lost its king – and its greatest player ever – on Thursday. Edson Arantes do Nascimento, better known as Pelé, died at the age of 82 after complications stemming from a lengthy battle with colon cancer.

The reverberations of his absence will be felt across the globe for years to come, but the foundation he managed to build during his time here will stay with us for a long time. Pelé was what made the game beautiful, and even those who did not play or care much for the sport acknowledged as much. “Pelé was one of the few who contradicted my theory,” Andy Warhol once said, “instead of 15 minutes of fame, he will have 15 centuries.”

I’m Igor Mello with a special edition of the Golazo Starting XI newsletter as we celebrate the life of a king.

Pelé did it first

By now, you’ve probably seen a mixtape video of highlights circulate social media accounts and WhatsApp group pages over the past few weeks. The point of the video was to show that Pelé was one of a kind and the prototype for what the beautiful game has evolved into today.

The Cruyff turn, the Cristiano chop and the Ronaldinho elastico? Those were all done by Pelé in the late ’50s and throughout the ’60s, even spanning into the ’70s in America. The iconic stepovers, backheels, nutmegs and bicycle kicks? Pelé did it before your favorite today was even born — and in some cases before the parents of your favorites were. Slaloming past defenders or fighting off reckless challenges before flopping for yellow cards became customary? You guessed it. He even popularized the No. 10 shirt.

Sure, today’s players are bigger, stronger and faster, but Pelé dealt with it all before the modern player and paved the way for the evolution of those moves. He was the first to do it all. Pelé’s legs were like brushstrokes on a canvas — it was all a work of art. He is immortal. As Warhol recognized, there’s no way someone with the timeless aura and joy of Pelé goes away. And today’s players are continuing his legacy by living out some of his wildest dreams, one take-on at a time.

Let’s run through some of his accolades:

But more important than those accolades, Pelé was for the people. He was the first global sports superstar in the golden age of television. He used his fame for good as a global ambassador for the game and for sports in general. He and his Santos teams of that era were globetrotters. His presence interrupted conflicts in war-torn countries and his exhibitions in poverty-stricken areas brought people closer together and inspired many along the way. His greatest gift was joy. When he became the first to reach the 1,000-goal threshold, he dedicated his milestone to the children living in misery in the favelas in the midst of Brazilian dictatorship.

“I owe everything that I am to the Brazilian people,” the Santos legend said in the midst of mass crowd of reporters surrounding him on the pitch after scoring goal No. 1,000 via a penalty kick against Vasco Da Gama. “And I urge you to never to forget the poor children, the needy and the charities. Let’s fight for the poor, let’s fight for the needy children. Let’s help everyone, for the love of god. The Brazilian people cannot forget about children.”

He knew how much the game still had to grow in different areas of the world and took a chance on plying his trade in the United States, a country that at the time had no strong connection to soccer. A country where baseball, boxing, horse racing and football were kings. It’s not well known, but he gutted out those final years in the U.S. playing with one kidney after complications from a broken rib suffered while playing. You could make a strong argument that if it wasn’t for “O Rei,” the game in the United States wouldn’t have grown as much as it has today where the women have won four world championships and the men are on the path to future success.

As a Brazilian, my relatives were fortunate enough to see him play, and we were always incredibly proud of the way he carried his Brazilian identity as a citizen of the world. Before his emergence, I’m not quite sure many people would recognize our country. He put Brazil on the map in a way that we have never seen before. And he influenced so many outside of Brazil to point that they began supporting Brazil.

Everyone who was touched by his presence came away with a story. And even if you didn’t care for soccer, you knew who Pelé was. There was only one Pelé and we will likely never see anyone quite like him again during our lifetime.

How did Edson turn into Pelé?

Pelé was born in 1940 as Edson Arantes do Nascimento in Três Corações, a city in Minas Gerais approximately 250 miles northeast of Santos that translates to “Three Hearts.” Electricity was just introduced to his hometown which prompted his family to name him after American inventor Thomas Edison. The father of soccer was named after the father of electricity.

His family and close friends called him Dico as a youngster and he would get into scuffles on the pitch whenever someone referred to him as Pelé. So where and how did the term Pelé come about? His father Dondinho was a professional soccer player for a tiny club called Vasco de São Lourenço and was teammates with goalkeeper José Lino da Conceição Faustino, who was nicknamed “Bilé.” Believe it or not, as a child, Edson’s favorite position was goalkeeper, and when he would brace himself to save shots fired his way, he would shout “segura, Bilé,” as a battle cry in honor of his dad’s teammate. Kids would poke fun at it and Bilé eventually morphed into Pelé.

He made his Santos debut at the age of 15 and when he scored his first career goal, one local paper incorrectly published his name as Telé. Go figure.

Pelé reached the national team level by age 16. He was only 17 years and 239 days old when he became the youngest to ever score a World Cup goal in the 1958 quarterfinals against Wales. Five days later, he scored a hat trick in the semifinal against France. Five days after that, he became the youngest to appear in a World Cup final and helped lead Brazil to their first world championship with a brace. A promise fulfilled to his father, who was heartbroken by the disappointment of 1950 when Brazil hosted the World Cup and lost in the final to Uruguay.

“Father, don’t worry, I’m gonna win a World Cup for you,” a 9-year-old Pelé told his father, who was listening to the game on the radio. Little did he know he would become the only player to ever win three of them.

Let’s get to some links: