METAIRIE, La. — First quarterback Jameis Winston, then wide receiver Michael Thomas. The New Orleans Saints have lost two of their biggest offensive stars to injuries for the remainder of the season over the past four days.

The only saving grace is that the Saints were already depending more heavily on their defense, run game and offensive line during their impressive 5-2 start to this season. They have already proved they can win in other ways, while ranking 31st in the league — ranking higher than only the Chicago Bears — with 180.9 passing yards per game.

Still, there is no sugarcoating the fact that New Orleans just lost the NFL’s 2019 Offensive Player of the Year for an entire season in his prime because of a setback in his recovery from June ankle surgery.

Here’s a look at what this means for the two sides now and beyond this season:

Will Thomas be back with the Saints in 2022?

Thomas is due $15.8 million in salary and bonuses in 2022 — with his base salary of $15.35 million guaranteed. So there would be no financial incentive to release him. And his trade value could be affected by the size of his salary and time missed with injury.

The idea of a trade can’t be ruled out, considering the Saints’ severe salary-cap limitations — and considering the tension that brewed between player and team over the past two years. (Thomas was suspended one game for punching a teammate in practice in 2020, then both sides expressed frustration this past summer after Thomas’ first ankle surgery was delayed for several months.) 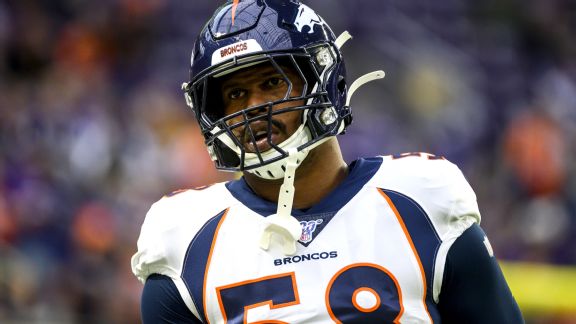 However, that tension seems to have simmered in recent months. Thomas was on the sideline during Sunday’s 36-27 win over the Tampa Bay Buccaneers in the Caesars Superdome. There has been no indication that either side is blaming the other for this latest injury setback. And both sides spoke favorably of the other Wednesday.

Thomas wrote in a statement that “the team and I have worked diligently day and night to rehab and get me back on the field.” And coach Sean Payton stressed multiple times that Thomas was “working his tail off” and the setback “isn’t anything he can control.”

One other obvious reason the Saints might not want to trade Thomas: He’s one of the NFL’s best receivers when healthy, and their cupboard remains extremely bare at the position. Current starter Tre’Quan Smith is also scheduled to be an unrestricted free agent next year.

Where do the Saints turn at WR?

They could potentially look for outside help — especially if Cleveland Browns receiver Odell Beckham Jr. winds up being released. ESPN’s Kimberley Martin reported Tuesday that the Saints and Browns had discussions about a possible deal before Tuesday’s trade deadline but that they couldn’t reach an agreement because of how much money Beckham is owed. However, Payton said the Saints did “homework” only on potential trade candidates at all positions, adding, “There was never any, ‘We got down to the wire and just couldn’t agree on the price.’”

“Look, these guys are tough, competitive and I like ‘em,” Payton said. “I’m not interested in your PFF (Pro Football Focus) grades or any of that other stuff. I like this group.”

Payton was being kind, however.

In addition to the lack of passing yards, the Saints rank second to last in the NFL in completion percentage (58.8) and dead last in receptions by wide receivers (7.9 per game) and receptions by tight ends (2.4 per game).

It’s still unclear who will start at quarterback Sunday against the Atlanta Falcons (1 p.m. ET, Fox) or beyond. Unfortunately for whoever starts, Thomas could have been a hugely important security blanket for either Taysom Hill or Trevor Siemian.

Thomas is exactly what the Saints have been missing most — a receiver who can get open on short and intermediate routes and make contested catches. He was a go-to guy for both Teddy Bridgewater and Hill when they served as injury replacements for Drew Brees in 2019 and 2020.

The Saints should continue to lean more heavily on running backs Alvin Kamara and Mark Ingram II — if that’s even possible.

Are the Saints still playoff contenders?

Absolutely. This is the same answer I gave following Winston’s injury. The Saints have already proved they can win games on the strength of their coaching staff, defense, run game and offensive line — with the passing game playing a supporting role.

Not only has that been true in 2021, it was also true in 2020 when they went 12-4 and won a playoff game despite Brees battling injuries all year and not playing to his usual standard before retiring. Thomas appeared in only seven regular-season games last season, too, after initially suffering his ankle injury in Week 1.

Obviously, the Saints’ degree of difficulty has gone up severely. But their roster has been getting more intact overall with the recent returns of starters such as Smith, left tackle Terron Armstead, center Erik McCoy, defensive tackle David Onyemata, defensive end Marcus Davenport and linebacker Kwon Alexander.

And they have already handled a lot of adversity in impressive fashion this year — being displaced for a month in Dallas after Hurricane Ida; winning their first “home game” in Jacksonville, Florida, 38-3 over a Green Bay Packers team that hasn’t lost since; and most recently winning at the Seattle Seahawks on a Monday night, then returning home to beat the reigning Super Bowl champion Buccaneers on a short week after losing Winston in the second quarter.

That level of resiliency has to count for something.