Last Thursday, there was an ice storm in Dallas, Texas. This week, the only things falling from the sky have been booming aces.

The first edition of the Dallas Open is being played at the Styslinger/Altec Tennis Complex on the campus of Southern Methodist University. Excited fans have been out in bountiful numbers to support the ATP 250 event.

“Everybody has been pumped up about it. I go to restaurants and they see me with the Dallas Open hat on and go ‘Hey, we are looking forward to it!’ We are excited about what it represents bringing a professional ATP 250 level event to a city like Dallas,” Tournament Director Peter Lebedevs told ATPTour.com. “We [at GF Sports & Entertainment] are committed to developing, promoting and helping American tennis. That is why we own two of the American events.”

The tournament was previously held on Long Island, where it was called the New York Open. Previous locations include Memphis and San Jose. Tournament officials have tried to create a distinct identity for the event by making the court red inside the lines and blue outside them. This is the only tournament in the United States that has used such a design.

“It is a combination of paying a little bit of respect to where we are, both state and school,” Lebedevs said of SMU and the state of Texas. “We thought it would be a great opportunity for us to do that with the court. And make it something that hasn’t happened very often and be unique in the United States.”

Lebdedevs explained how important it was to him that the Dallas Open created something new for fans and players alike.

“[It is] so people remember when you do something a little differently. We were successful with our black court in New York and this will be one of the first things people will remember,” Lebedevs said. “We think the ball shows up well on the red and blue as well, so it will be better for the players and TV. It is a good first impression to provide for the players and fans something a little bit different and unique.

“When they walk in they will know it is the Dallas Open with the red court. Everybody we have spoken to so far is very excited. The local community loves the idea of us showing that respect towards Texas and SMU.” 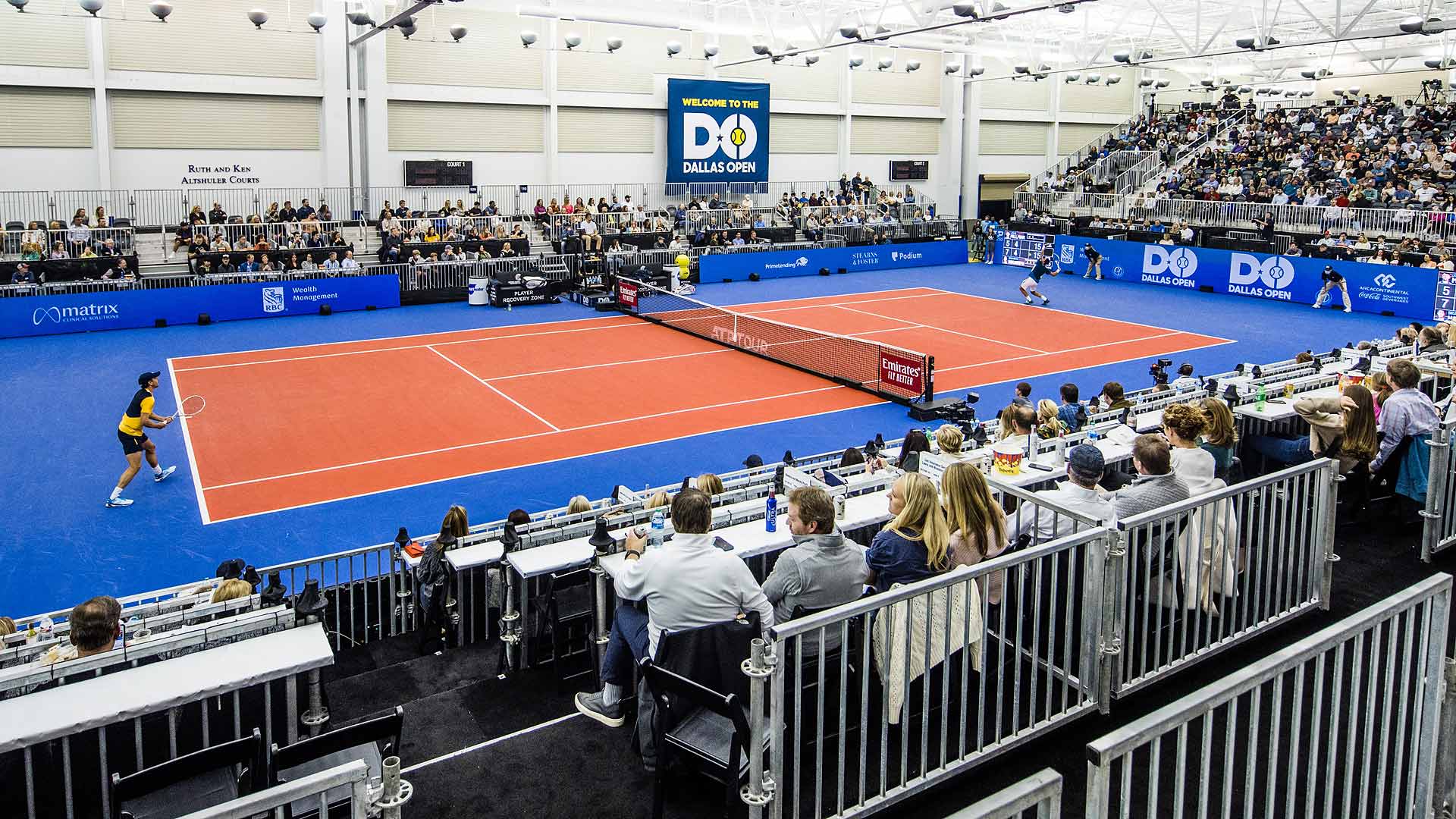 Reilly Opelka has competed in Dallas before, having played an ATP Challenger Tour event in the city twice before. The American, who won the New York Open in 2019, is looking forward to the week ahead.

“I’m excited. A new venue is always exciting. I think people forget how important geography and real estate are when it comes to tennis,” Opelka said. “Dallas is a great community for tennis… I think they deserve it based on the attendance they showed at the Challenger level… they’ve always proven themselves.”

Brandon Nakashima, another American, played his first-round match on Monday evening in front of a raucous crowd. The atmosphere has already proven electric early in the week, and Nakashima is happy to be part of it.

“It’s super nice here. Dallas is such a nice city and all these fans coming out to support the tournament is super cool to see, especially for a tournament that’s new this year,” Nakashima said. “I think they’ve done a really good job organising it and bringing the community together to make a great event.”