HOUSTON — Although the Houston Texans fired their coach and offensive coordinator after the season, quarterback Davis Mills won’t have to go far to find some continuity from his rookie season.

When the Texans promoted defensive coordinator Lovie Smith to head coach, he promoted Pep Hamilton from passing game coordinator and quarterbacks coach to offensive coordinator. After the season, Mills said Hamilton taught him “a ton this year” and helped him “really learn this offense fast and perform it at a high level.”

“I can understand why teams would want him to coach their team, but he’s been great, and I hope he’s back with us next year,” Mills said the end after the season ended.

Mills got his wish, which Smith said “was a must” when he took over.

“One of the first things I did right away [was say], ‘Pep, we need you,’” Smith said. “But we have a relationship too. And Pep Hamilton had a lot of opportunities to go to a lot of different places. You talk about the question was asked, ‘Can you get it done here, why here?’ Because we’ve been around here and we kind of see what we can do.

“But Pep has an expertise. You look at his background with what he did in [Los Angeles] with [Chargers quarterback Justin] Herbert to what he did with Davis here, he’s a fundamental coach that has a defensive mentality on toughness with the running game and all of those things. And I’m excited about him being on our staff and seeing with our Houston fans what he’s going to be able to do.”

The Texans drafted Mills in the third round, a few months after quarterback Deshaun Watson requested a trade because he wasn’t happy with the direction of the organization and just after 22 lawsuits were filed against Watson alleging sexual assault and inappropriate behavior.

While general manager Nick Caserio declined to name Mills his starter for next season at his end-of-season news conference, Hamilton said he feels because of what the quarterback was able to do last season, the Texans “have something to build on.”

The Texans also have the No. 3 pick in the draft, but Caserio could trade down and still have his pick of quarterbacks in the draft. ESPN’s Todd McShay has three quarterbacks in the first 27 slots — Liberty’s Malik Willis (No. 17), Pittsburgh’s Kenny Pickett (No. 19) and Ole Miss’ Matt Corral (No. 27) — in his latest draft rankings. 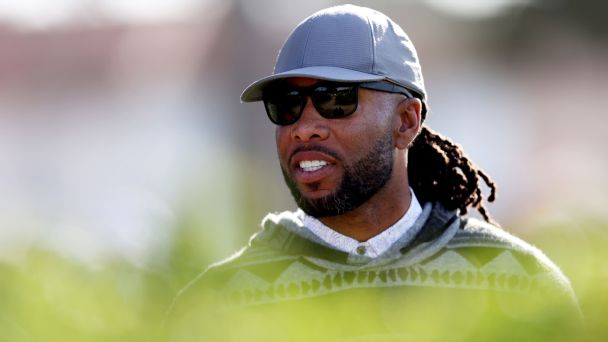 While the Texans could start over at the position, it’s likely the front office feels none of the signal-callers in this draft would give Houston an advantage over Mills.

Last season, Mills was thrown into the fire in Week 2, replacing an injured Tyrod Taylor at halftime. He struggled in his first six starts, including a Week 4 start in Buffalo where he threw four interceptions. But after Taylor struggled in his return from injury and was benched for Mills, Mills had a strong end to his season. In those five starts, he threw nine touchdowns and just two interceptions.

“We felt Davis was a good player when we drafted him, and some of the things that you saw from him this season were confirmation of that,” Caserio said in his end-of-season press conference. “He’s got a long way to go as well, and he’d be the first to tell you that. He’s got to learn, more than anything, defenses and what the other team is trying to do.”

The Texans’ offense as a whole needs to show improvement next season, which is one reason Caserio fired offensive coordinator Tim Kelly this offseason. The offense, which ranked 30th in Football Outsiders’ DVOA, lacks proven playmakers outside of veteran wide receiver Brandin Cooks. Smith is hopeful Hamilton will be be able to not only help Mills but develop a running game, as well.

“It always starts with a quarterback, right?,” Smith said. “… And I know it’s a little broad right now, but being able to run the football, and Pep has a lot of experience in a lot of different ways, it’s not just one thing you’re going to do. But what’s it going to look like? We’re going to have an offense that’s going to score points, put our guys in position. There were times, as you look over the course of the past year, we were really doing it the right way — you got a chance to see what we could possibly be.”