Hubert Hurkacz has surprised some in the tennis world with his breakthrough season, which included a maiden ATP Masters 1000 title at the Miami Open presented by Itau and a trip to the Wimbledon semi-finals. But fellow Pole Wojtek Fibak, a former Top 10 star in singles and doubles, is not surprised.

This week Hurkacz became the second player from Poland to compete in singles at the Nitto ATP Finals, joining Fibak, who made the championship match at the event in 1976. Fibak is thrilled with the state of tennis in his country given the rise of Hurkacz and WTA star Iga Swiatek.

“We have these two diamonds. It’s like one in a million at the same time,” Fibak told ATPTour.com. “There are not that many countries with a man and woman [at this level]. You have Nadal and Muguruza [in Spain], Tsitsipas and Sakkari [in Greece]. It’s amazing… It’s unique, it’s a blessing. After I finished playing, no Polish player played at Wimbledon for 20 years. Twenty years! After [Agnieszka] Radwanska retired, boom, they came!” 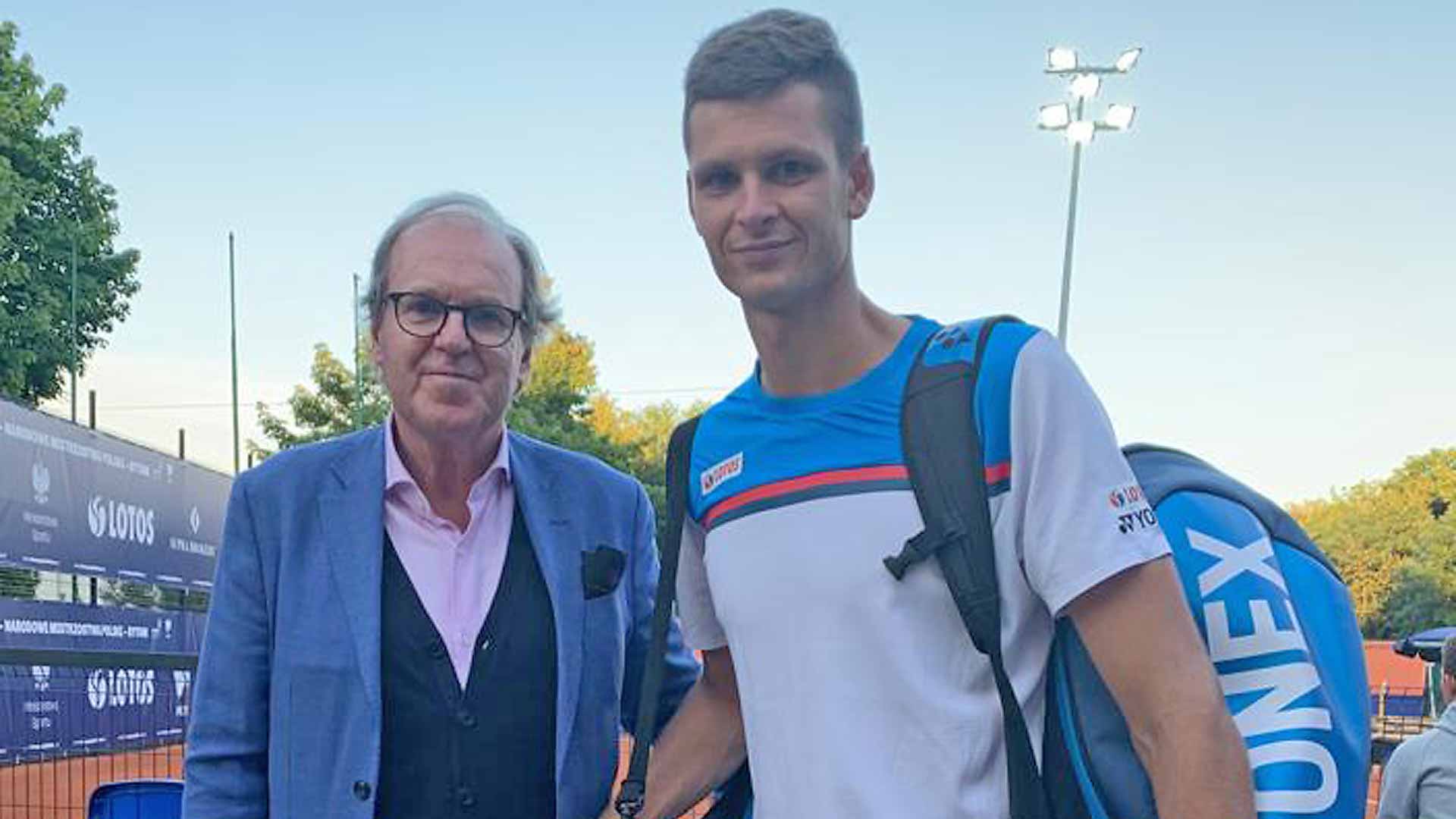 Photo Credit: Wojtek Fibak
After Hurkacz defeated Denis Kudla in the second round in Miami this year, Fibak declared to the Polish press that Hurkacz would win the tournament. It was a bold statement considering he had never made it past the quarter-finals at a Masters 1000 event.

“Everybody said Wojtek is out of his mind!” he recalled.

But it proved prophetic, as Hurkacz has gone on to great success in 2021. In October, the 24-year-old cracked the Top 10 in the FedEx ATP Rankings for the first time.

“Hubert is an all-around player. He’s phenomenal on defence, he’s excellent attacking, has a great backhand, great forehand, big serve, great return. He doesn’t miss when he doesn’t have to,” Hurkacz said. “The only thing now with Hubert if I would say one weakness is when there is pressure that he has to win a match and he is a big favourite, he has problems with that. That’s how the road to the [Nitto ATP Finals], there were a couple of very tense matches.”

Even so, Hurkacz has tested the best players in the world in recent weeks. The Pole battled Novak Djokovic into a final-set tie-break in the semi-finals of the Rolex Paris Masters and pushed Daniil Medvedev deep into a third set in the first match of Red Group play this week in Turin.

Fibak is very supportive of Hurkacz, consistently watching his matches. This week, he is in Turin to cheer on his countryman.

“I think everybody loves him for being so polite and so kind. I’ve given hundreds of interviews by now over the past three or four years about Hubert. I was the first to call him the Polish Andy Murray four years ago because of the way he walks and being a bit phlegmatic also,” Fibak said. “I said there’s a phenomenal talent hidden there. Today a lot of people are not convinced that Hubert is so good, because he doesn’t have such an explosive personality. He’s not Italian, French, British or American.

“Being Polish, he’s not so well-known even though he’s a Wimbledon semi-finalist and won Miami. He’s not a household name yet worldwide, in Poland he is. He’s a bit shy, he’s modest, he has a quiet personality. He’s not coming up with some lines. But he’s a phenomenal player.”

Fibak is certainly happy with how Hurkacz is carrying the torch of Polish tennis. This is Hubi’s first Nitto ATP Finals appearance, and all signs point towards there being plenty more to come.

“I’m really proud that a Polish guy has such soft hands, such feeling for the ball,” Fibak said. “He is a great player to watch, he’s correct, he’s a gentleman, always full of fairness. I can only speak in superlatives about Hubert.”