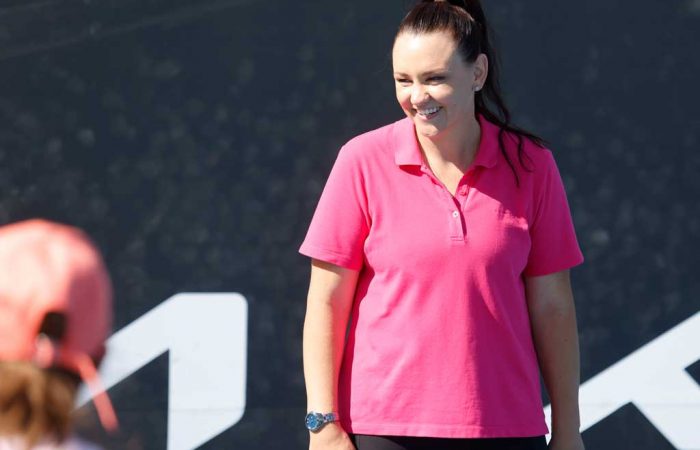 The opportunity to drive women and girls’ participation in tennis was in the spotlight at the International Tennis Federation (ITF) World Participation Conference last week, thanks to an insightful discussion led by Casey Dellacqua, Women & Girls Lead for NSW.

The former world No.3 and dual Olympian took to the virtual stage to share the experiences that influenced her own participation in tennis, as well as highlight how Tennis Australia’s Women and Girls Strategy is creating participation opportunities both on and off the court for the next generation.

“I grew up in Perth, Western Australia, and my mum and nan were both volunteers at the local tennis club. They were my role models, so I got into tennis through their volunteering,” Dellacqua said.

“At Tennis Australia, we’ve developed the Women and Girls Strategy…That’s really key when it comes to delivering women and girls-based initiatives and programs across Australia.

“We’ve just launched the Women Leaders in Tennis program…which is so amazing to be a part of. We’ve got a wonderful group of women who are doing amazing things at their local clubs. We’ve been able to provide them with this opportunity to develop as a leader in their community.”

First hosted in 2018, the three-day conference brings together tennis stakeholders from around the world to drive conversation around increasing participation in tennis and sport.

This year’s conference brought together more than 50 speakers, each of whom shared their expertise relating to this year’s theme, ‘maximising play and enjoyment to drive participation.’

Dellacqua was joined by Professor of Sport, Health and Exercise, Elizabeth Pike from the University of Hertfordshire to discuss the barriers to women and girls’ participation in tennis, as well as ways to overcome them.

“A really big hurdle we need to overcome is addressing the systemic inequalities that still exist in our sport,” Dellacqua said.

“To get more girls playing, we need more female coaches, we need female role models and tailored programs and pathways for women and girls.

“At Tennis Australia for example, we are looking at ways we can use doubles competitions to increase pathways from getting a racquet in the hand of a young girl, to getting them involved in competitive play.”

The audience also had the opportunity to hear from Amir Borghei, Development Officer – West & Central Asia, ITF who spoke about women’s tennis in Iran, and Sheila Stephens Desbans, Head of Sport Development Unit, Olympic Solidarity, who shared the Gender Equality Strategy for the International Olympic Committee.

Dellacqua also took the opportunity to remind attendees why it was important to have these discussions with those who could make meaningful change.

“The research and data show us that women are still underrepresented in many facets of tennis. I do believe it’s a conversation we need to keep having,” Dellacqua said.

“With so many influential people in a forum like this one, it’s important to understand that within their organisations or within their sport, there needs to be a genuine commitment to gender equality.”

Reflecting on her experience, Dellacqua said that she was grateful for the opportunity to share Tennis Australia’s work in this space.

“I was just really excited knowing that there was a global audience tuning in to really get an understanding of what Tennis Australia does in the women and girls’ space. I believe Tennis Australia is leading the way in a lot of areas, and it was great to be able to share that.

“Tennis has been so fortunate to have trailblazers like the Billie Jean Kings of the world who have led the way in terms of space and equality for women. But there’s still a lot of work to be done. The event was a great reminder that it’s everyone’s responsibility to ensure that we have as many opportunities as possible for women and girls in tennis.”