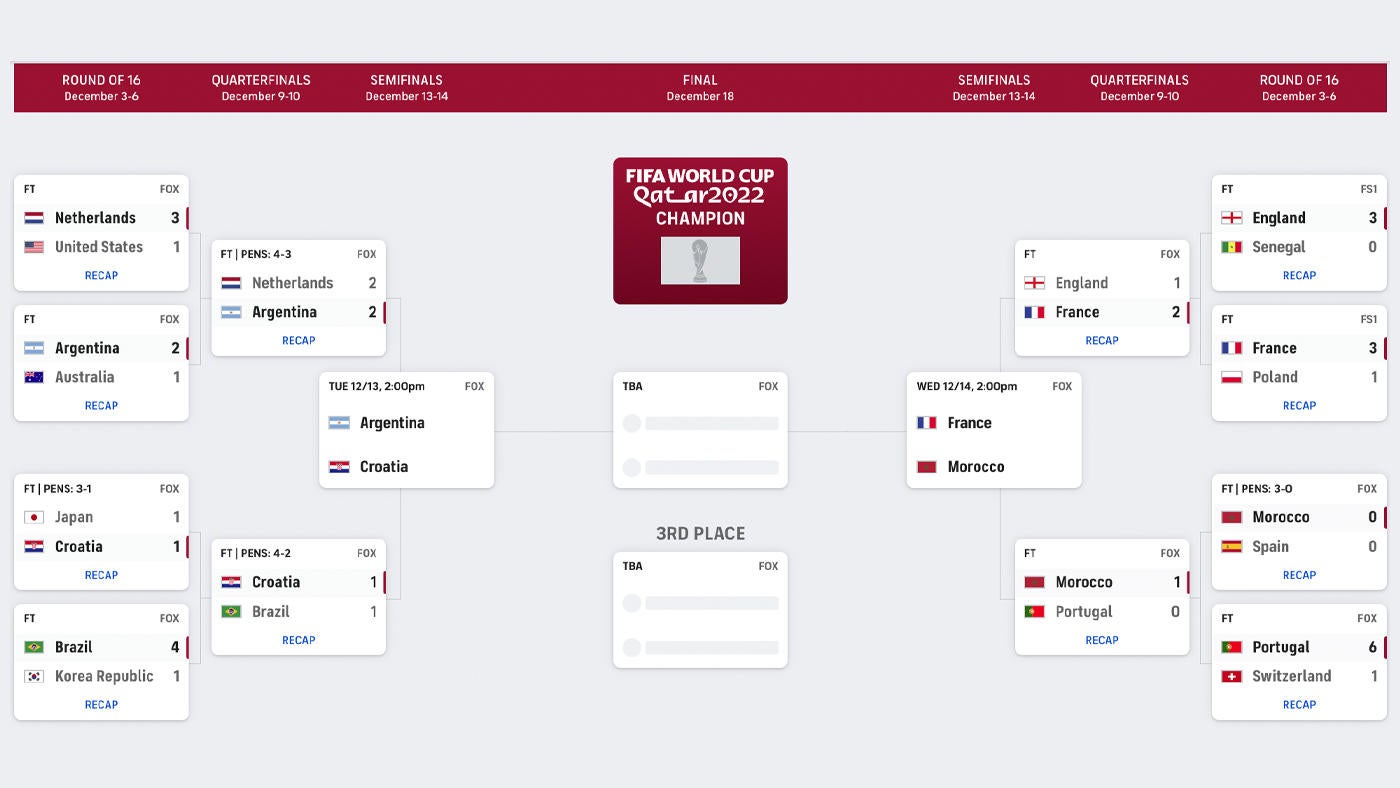 We’re down to the business end of the 2022 FIFA World Cup in Qatar with the quarterfinals upon us. The United States came up short against the Netherlands in the round of 16 as we start to separate the pretenders from the contenders. You can find the full schedule here with start times and TV info. There’s no better time to make your picks as we gear up to see who will take home one of the most coveted trophies in sports. We’re down to four teams vying for the prize.

Sign up for our new newsletter covering the beautiful game in all its glory, including daily updates about the World Cup, here.

As far as the storylines go, Lionel Messi has already announced that this will be his final World Cup for Argentina, who are among the favorites to win the tournament despite losing the opener to Saudi Arabia. After getting his first international trophy by winning the 2021 Copa America with Argentina, there would be no better way for a Messi sendoff than with a World Cup title.

Portugal were eliminated by Morocco in the quarters. Ronaldo hasn’t announced that this will be his last World Cup, but the Portuguese forward would be 41 by the time the next World Cup rolls around. Safe to say Father Time is undefeated.

France — without Karim Benzema, Christopher Nkunku, N’Golo Kante and Paul Pogba — will look to rise above their injuries and off the pitch drama to make a run to defend their title from 2018, but with talented England and Brazil teams, the French will have stiff competition for the trophy.

The following teams from each group are still alive:

When the World Cup ends and Champions League action resumes you’ll be able to catch all the action on Paramount+. Use offer code ALLYEAR now to get 50% off the annual plan.

And here’s the full bracket: