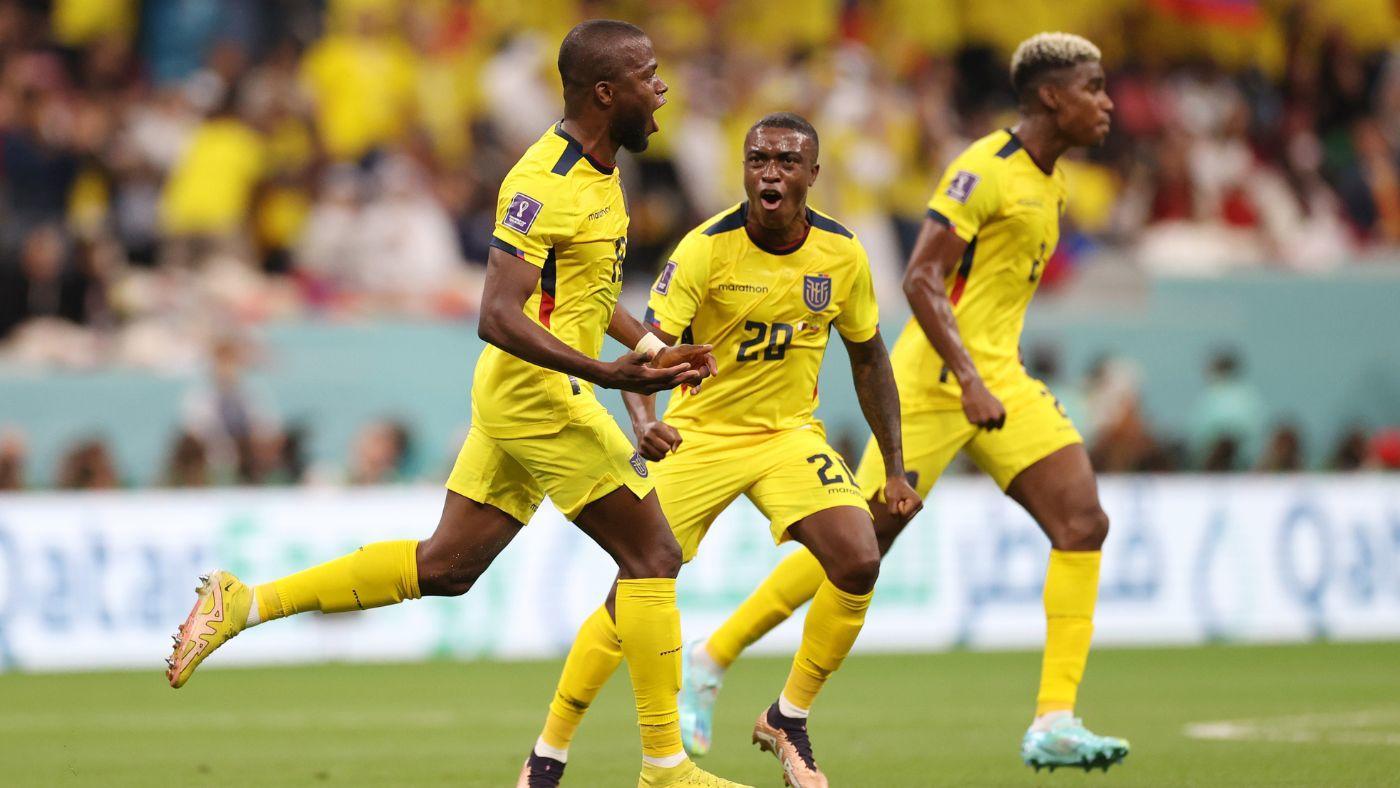 The first day of the 2022 World Cup is in the books, and what a day it was. It was filled with celebrations, music, dancing and just one team performing well as Ecuador dominated hosts Qatar for a 2-0 victory. This marked the first time ever the host of a World Cup lost its opening game. Enner Valencia, who once appeared to have faked an injury to escape police, stole the show with two goals in the opening half as Gustavo Alfaro’s men began the tournament on a perfect note.

Here’s everything you need to know about the day’s action:

What a performance it was for the Fenerbahce man, becoming his national team’s all-time leader in World Cup goals with five. He was lively in the opening half, putting the ball in the back of the net three different times, with the first being controversially ruled out by VAR.

He earned the first goal by drawing a penalty kick that he would finish with class, and then he produced a super impressive header goal for his second, putting a forceful effort on goal despite not being able to get a good run up on the ball. Take a look:

That was some performance from him, and the team looked sharp overall. They didn’t threaten all that much for a third goal, but they were comfortable and losing points never seemed like a possibility after the first half an hour.

They’ll take it, and now they have one foot into the round of 16.

Qatar did absolutely nothing

You and I combined for the same amount of shots on goal as Qatar did. It was a truly ugly display of attacking soccer. The host nation struggled to connect passing, never really got into a dangerous spot, and there was never a moment where you felt like the hosts were going to score.

Coach Felix Sanchez was visibly frustrated on the touchline, and rightfully so. It feels like they will need a miracle to have any chance of getting through the group.

The opening ceremony of the tournament was an interesting one. Old World Cup songs like Ricky Martin’s “La Copa de la Vida” were played for a few moments, Jung Kook of BTS performed, and American actor Morgan Freeman was even involved. Freeman had a role in trying to help the United States win the bid to host this World Cup over a decade ago, and now he was involved once again, this time in helping Qatar celebrate the competition’s kickoff.

All in all, it was a different ceremony with a strange vibe, mainly due to us having a World Cup in November, but the fireworks were something to behold:

Here’s a look at what’s on tap for Wednesday:

England vs. Iran, 8 a.m.
The Three Lions are one of the favorites in the competition and are expected to roll here. England have so much attacking quality, and while Iran has given some tough games in recent tournaments to Argentina, Spain and Portugal, it’s win or the sky is falling for the favorites.

Senegal vs. Netherlands, 11 a.m.
What an intriguing game here, one that was one of the best on paper before Senegalese striker Sadio Mane’s injury. The superstar misses the tournament, putting ever more pressure on the African Cup of Nations winners. The Dutch, meanwhile, are back at the World Cup after missing out in 2018.

USA vs. Wales, 2 p.m.
The day has arrived. For the first time since 2014, the USMNT will play in a World Cup on the men’s side. A tricky game against Wales where the loser could be all but out of the cup. That means we will probably see both teams be quite aggressive early, knowing that this could be their best chance at putting a foot into the round of 16.