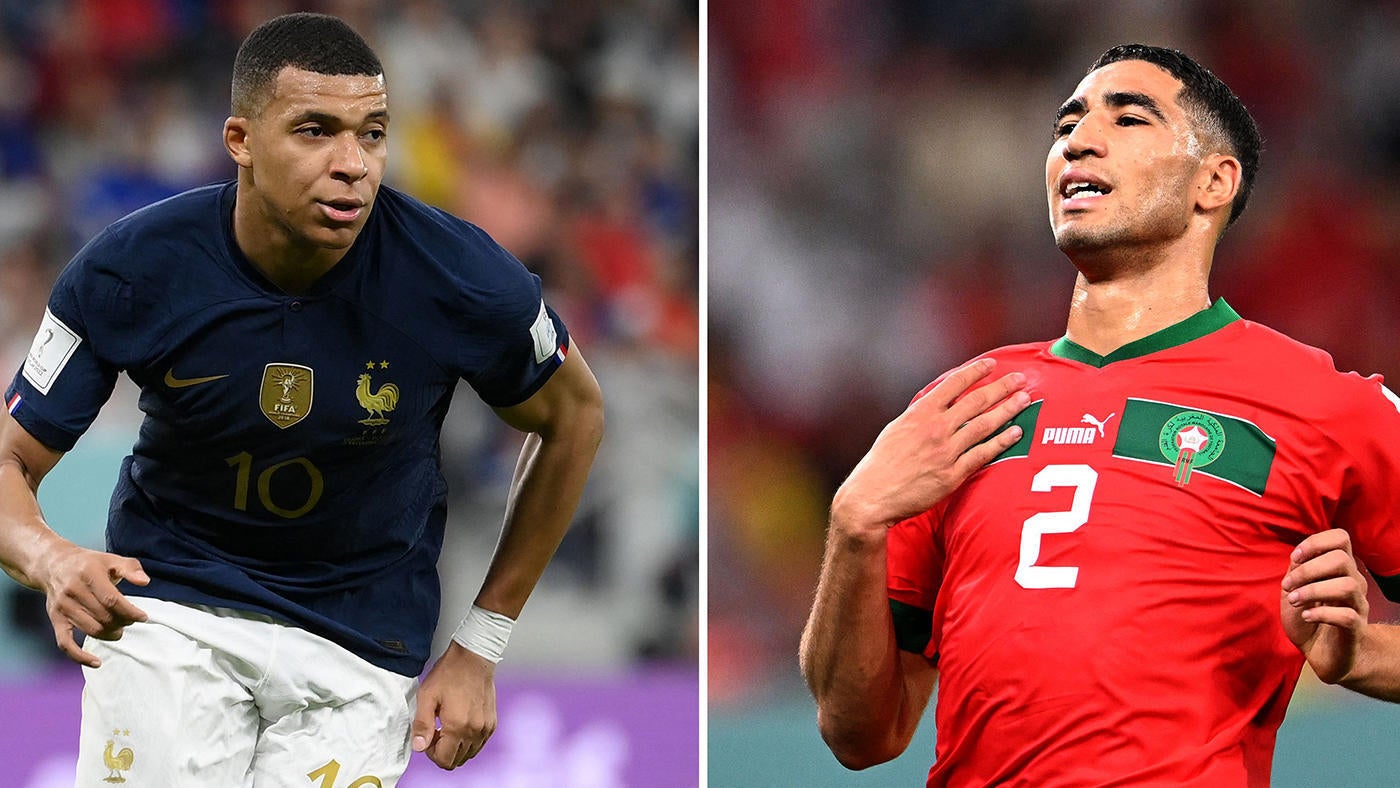 Sofiane Boufal was quick to make it clear after Morocco’s 1-0 FIFA 2022 World Cup quarterfinal win over Portugal that he and many of his Atlas Lions teammates wanted to come up against France in what would be an historic semifinal not just for the Moroccans but for African and Arab soccer as a whole. If you know your history, that is no surprise — Morocco saw off former colonial rulers Spain in the round of 16 with a 3-0 penalty shootout win after 120 goalless minutes and they will now come up against the other colonial nation that once occupied Morocco.

This game will inevitably be lived as a rivalry between the two nationalities, particularly in a city like Paris with such a sizeable Moroccan population, but it should also be recognized as a celebration of the shared success of both countries on the international stage. So much history between the two has already been written and yet another sporting chapter is now in the process of being created.

Morocco’s head coach is French-born Walid Regragui. The 47-year-old was born in the Parisian suburb of Corbeil-Essones, spent most of his professional soccer career in the country aside from a spell with Racing Santander, and was even a teammate of a young Olivier Giroud at Grenoble Foot 38.

However, Regragui’s international career was exclusively with Morocco and he has spent his coaching career mainly in his adopted homeland, with the exception of a spell in Qatar with Al Duhail back in 2020 when he led them to the 2019-20 Qatar Stars League title. Recently turned 47, he has already won the Moroccan top flight Botola Pro title twice with FUS Rabat and Wydad AC as well as the CAF Champions League earlier this year before he took over after Vahid Halilhodzic’s acrimonious and drawn-out departure having been an assistant 10 years earlier.

Less than 10 games into Regragui’s tenure and the Atlas Lions have made history as the first African and Arab team reach the World Cup semifinals, while he is the first African and Arab coach to get this far at international soccer’s top table competition. Wednesday’s clash between the defending champions and Morocco will be about more than Regragui, though, as a number of his star players also have strong links with France and some have even played for Les Bleus in the past.

Captain Romain Saiss was born in Bourg-de-Peage and spent his career in the French system up until 2016 when he joined Wolverhampton Wanderers while Sofiane Boufal, who left Angers SCO six months before Saiss joined, is now back with the Ligue 1 strugglers and was born in Paris. Angers also possess one of the breakout stars from Qatar so far in 22-year-old midfielder Azzedine Ounahi who was playing semi-professional soccer in the French semi-professional third tier Championnat National.

Achraf Dari also plays for Stade Brestois 29 and Zakaria Aboukhlal joined Toulouse this summer while Paris-born Amine Harit was cruelly denied the chance to be part of this team after he suffered an injury in Olympique de Marseille’s final Ligue 1 match before the World Cup. The 25-year-old has visited his teammates ahead of the clash with France, having represented Les Bleus from under-18 until under-21 level and was also vocal in wanting his two countries to meet in the semifinals.

The links do not stop there either as Spain penalty hero, goalkeeper Yassine Bounou, was born in Montreal in the French-speaking region of Quebec, Canada, before relocating to Casablanca in his early years while Kenitra-born Nayef Aguerd left his homeland for France with Dijon FCO in 2018 before working his way up to Stade Rennais and eventually West Ham United this past summer.

Spain-born Achraf Hakimi currently plays for Paris Saint-Germain as a teammate of Les Bleus’ star man Kylian Mbappe and the brotherly relationship that Hakimi and Mbappe enjoy at Parc des Princes will be put to the test this Wednesday at Al Bayt Stadium — not only will they be opponents but direct positional rivals given that the Moroccan plays on the right and the Frenchman on the left.

Morocco and the Atlas Lions cannot simply be defined through their links with France, nor their similar relationship with Spain — especially considering other outstanding performers like Netherlands-born Sofyan Amrabat and Belgium-based Selim Amallah — but the Franco-Moroccan relationship is particularly pertinent right now. The French have already lost to Tunisia in Qatar and will not want to suffer meaningful humiliation this late in the tournament having built up their current momentum.

The Atlas Lions have already defied expectations to reach this point and Mbappe, Giroud, and Antoine Griezmann will be the sternest test yet of their incredibly tight defense. Should they manage to pull this one off, a potential shock title win to rival the likes of Greece in 2004 would well and truly be on the cards.