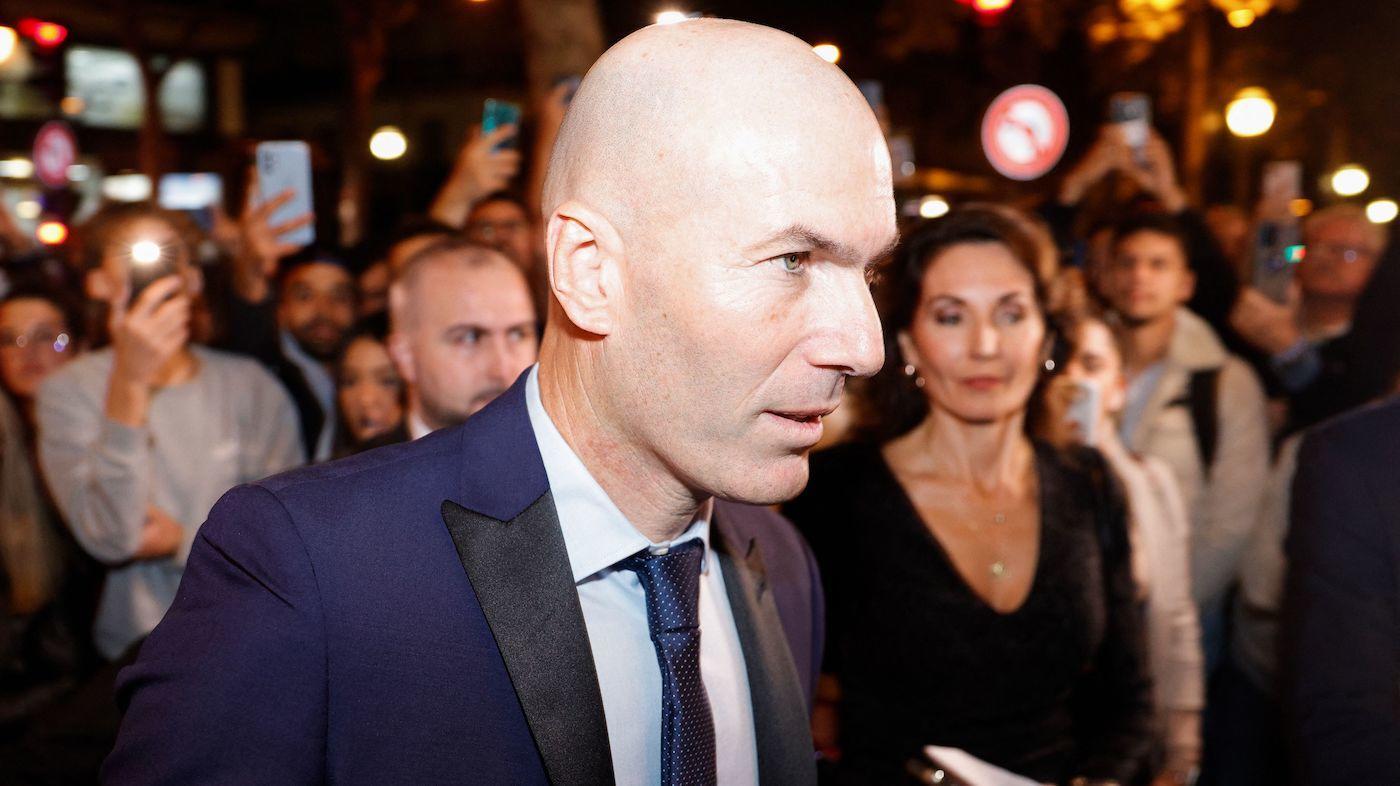 Gregg Berhalter’s future as the head coach of the United States men’s national team is in flux, especially after the U.S. Soccer Federation launched an investigation into “potential inappropriate behavior towards multiple members of our staff by individuals outside of our organization.”

In a press conference last week, sporting director Earnie Stewart confirmed that a performance review is underway and that Berhalter is still a candidate, barring the results of the independent investigation. But it seems like the federation is also doing their due diligence by reaching out to available candidates. Zinedine Zidane is the latest example as his camp was contacted by a USMNT representative, according to French publication L’Equipe on Saturday.

While that contact may not have included a concrete offer and feels more like a check-in than anything, it does show that the powers that be at USSF are at least kicking the tires on what options are available to them with big expectations as co-hosts of the 2026 World Cup alongside Mexico and Canada.

Zidane’s name is in the news because on Saturday, the French national team extended the contract of Didier Deschamps into the 2026 World Cup. The French job has been long desired by Zidane to the point that L’Equipe reported that he turned down approaches from Portugal and Brazil soon after the end of the Qatar World Cup in December. The latest approach came from the Americans, who could use a coach with a winning pedigree to take over the reigns. According to the report, France is the only job he would take at the national team level.

Listen below and follow In Soccer We Trust: A CBS Sports Soccer Podcast where your three favorite former USMNT players cover everything you could possibly want to know about the United States men’s national team.

In preparation for their next World Cup qualifying cycle, federations are already filling vacancies or solidifying them. Deschamps was extended for France and former Belgium coach Roberto Martinez has a verbal agreement to be the next boss of Portugal. Then you have the United States’ murkiness future following Claudio and Danielle Reyna, the parents of Gio Reyna, reporting a 1991 domestic violence between Berhalter and his now-wife Rosalind while they were in school at the University of North Carolina.

Berhalter saw his contract expire at the end of the year. Stewart and the federation may have wanted to keep Berhalter for the 2026 cycle prior to the drama between the two families, but there’s no harm in doing your or diligence and gauging the interest on the market for with other successful candidates. Meanwhile, Anthony Hudson, one of Berhalter’s assistants on the staff, will lead the team for January camp and friendlies against Serbia and Colombia. Hudson is not expected to be a permanent solution for the team while they look to build on a round of 16 exit against the Netherlands.

With Leeds United coach Jesse Marsh presumably not an option with his hands full in the Premier League, the USSF needs to cast a wide net to ensure that they are getting the best manager for the job. In that sense, seeing what’s available with Zidane is a good thing. It makes you wonder if they also contacted Martinez before he got the Portugal job. It could also lead to an expanded pool of candidates and a robust interviewing process for what should be a desirable job to have.

Restoring faith that they’re selecting the right person for the job requires reaching out to candidates that might be after more illustrious jobs than the United States. The worst that the team could hear is a no. And if Zidane had ever said yes, then they would have unexpectedly netted a decorated coach who had won the Champions League, La Liga, the Club World Cup, the UEFA Super Cup, and Spanish Super Cup with Real Madrid. It would not have gotten much better than that.

But with the lack of faith in the process behind the USMNT, more still needs to be done. It’s not enough to just contact the best coaches. The next step is having concrete discussions over what they can bring to the role before hiring the best person for the job to lead the team to the World Cup.