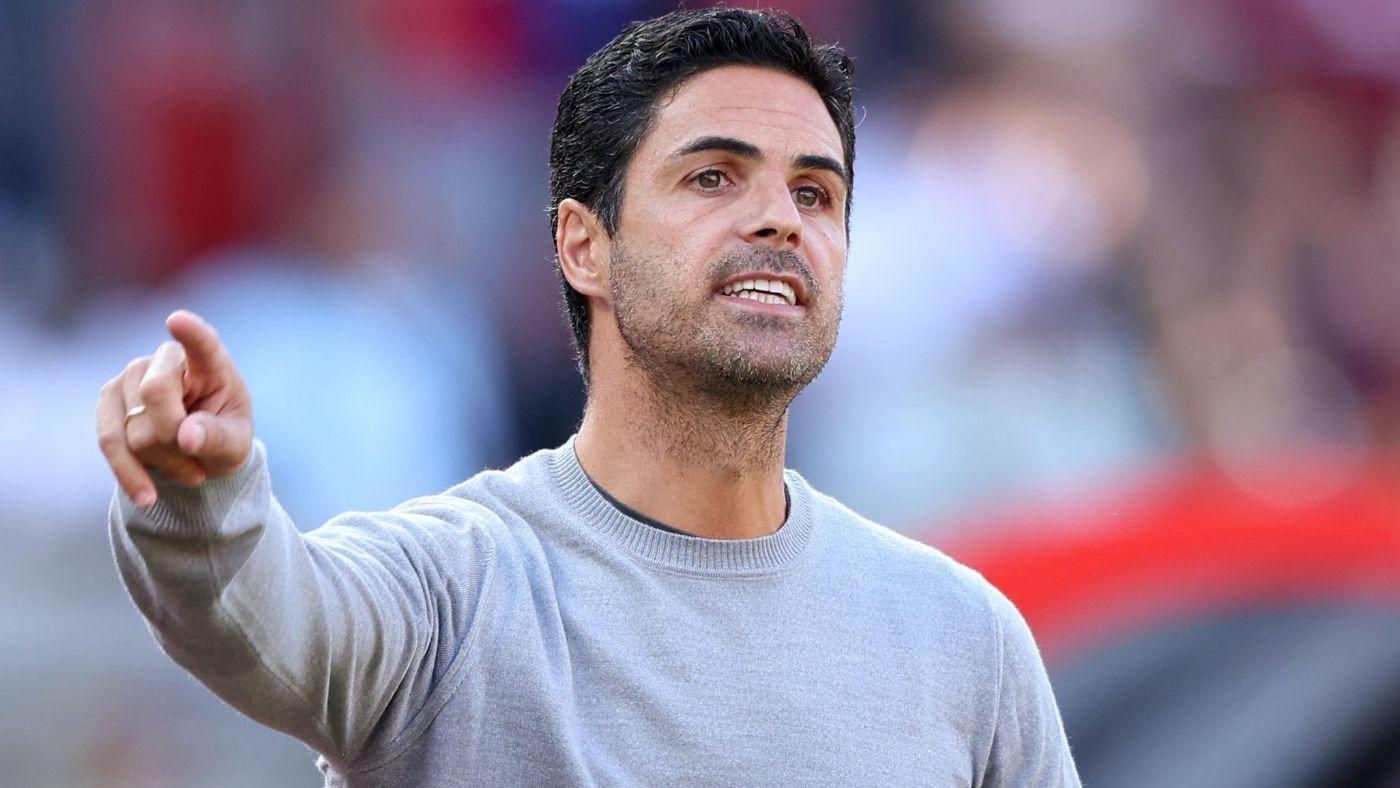 Arsenal are planning to sign a new wide option to replace the outgoing Nicolas Pepe, Mikel Arteta has confirmed, with Wolves forward Pedro Neto at the top of the Gunners’ wishlist.

Club record signing Pepe joined Nice on loan this week and though the club will continue to pay a significant proportion of his wages, his departure has opened up a space in the Arsenal depth chart that they had been intending to fill with a different wide option.

Neto would be their favored option but it will be a challenge to convince Wolves to sell their most valuable attacking prospect. The Premier League club are under no pressure to sell, having earned an initial £25 million from Nottingham Forest for Morgan Gibbs-White, a fee that could ultimately rise to £42m. Arsenal have alternative options but will not replace Pepe simply for the sake of it. The Ivorian himself serves as a £72m reminder of what happens when a player is recruited without the backing of the entire club.

Paramount+ is the only place to watch every minute of every Serie A match this season, not to mention select games in Italian. Sign up now with offer code ITALY to get a special one month free trial. A subscription also gives you access to other sports content including every UEFA Champions League and Europa League match, the NFL on CBS, and countless movies and shows. Get it all free for one month with promo code ITALY.

Asked whether Pepe would be replaced, Arteta said: “If we can implement the plan that we have, we will try to do [it]. In that plan, that [Pepe leaving] was something that could happen. Now it is a reality and we have been preparing the last two months in order to achieve what we want. Whether that is possible or not, we will see.

“At the start of the window we signed players before getting other players out. Now we have done something different, we have let a player go and maybe [we’ll] be able to recruit somebody. But it’s not a guarantee because the players are still not here. What I guarantee is the day the window closes, for me this is the best team in the world and I will try to get the best out of them, that’s it.”

An addition such as Neto would be another sizeable commitment for a club that have spent heavily in recent windows without the riches of Champions League on offer. It was reported earlier this week that Arsenal had been placed on UEFA’s Financial Fair Play watchlist, though Arteta and club sources insist that they believe they are compliant.

Indeed the head coach does not foresee any issues even if Arsenal were to make further additions to their squad. “I think the club has been very disciplined all the time and with a very clear vision of how we want to do things, the limitations we have and how we have to deal with things.” Arteta said “In that case, nothing changes.”

Pepe departs the club with an ultimately disappointing record of 27 goals and 21 assists in 112 appearances, though an ever growing proportion of those games came off the bench in the latter years of his Arsenal career. Pepe increasingly became an afterthought as youngsters Bukayo Saka, Gabriel Martinelli and Emile Smith Rowe made the wide positions their own.

In truth, the writing may well have been on the wall for Pepe from the very beginning. At the time, head coach Unai Emery favored a move for Crystal Palace‘s Wilfried Zaha. At his best, the man Arsenal ultimately plumped for looked like a player who might fulfil his sizeable price tag — most notably a star turn in the 2020 FA Cup Final — but he struggled to translate that into consistent form.

In contrast with Emery’s involvement, or lack there of, in the deal to sign Pepe, Arteta has a strong hand in Arsenal’s recruitment. It would be fair to say that his judgement has been shrewd so far, the over £100 million that has been spent in the last two summers has given him a greatly improved squad that now looks capable of competing for a top four berth in the Premier League.

Still, Arteta understands that other Pepe-esque issues could emerge in the future. “The club and whoever decides to bring players, whether I’m involved or whoever was involved in the past, it was always with the best intentions,” he said. “We believed, they believed at the time, that it was the best player they could get in the market to have an impact on the club.

“Some days it is not that easy. You see that everywhere. You get a top, top player, put him in a different context and suddenly it doesn’t work. This industry is quite complicated. We try to minimize the risk as much as possible but at the end of the day they’re not machines, they’re human beings and they need all the factors to go right to fulfil their potential.”

Arteta added, “I think Nico has tried to deal with that [club record fee] in the best possible way, he is not responsible for the price a club pays for him. He has tried everything, his attitude and the way he is, is just phenomenal. You just have to meet the person because you just love him for the way he is.

“But then in terms of the decision you have to make on the pitch, who do you select, we made other decisions and obviously that has had an impact in the chances he had to prove his quality.”

Arsenal have been drawn with PSV Eindhoven, Bodo/Glimt and FC Zurich in the Europa League. Arteta is hopeful his side will be able to deal with the challenge of the Thursday/Sunday grind that so frustrates coaches. “There are things you cannot control like injuries and suspensions. We have to maintain the level of performance that we have right now and the demands of this club are to do it every three days.”