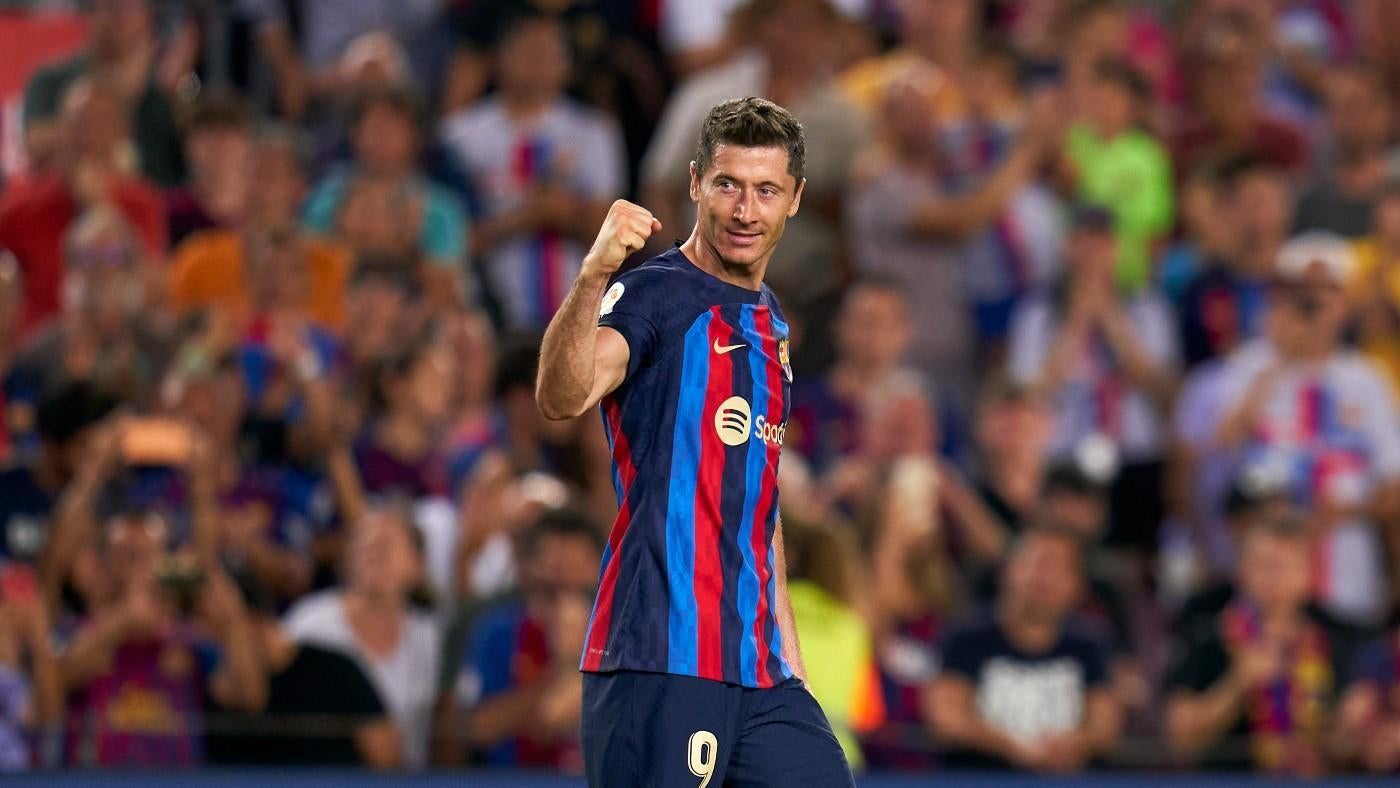 At the Spotify Camp Nou, Barcelona didn’t have to hit top gear to coast past Real Valladolid Sunday afternoon. A Robert Lewandowski double helped Barca secure a 4-0 victory on Jules Kounde’s full debut. After getting clearance to register the center back before the weekend as their financial issues remain fully unresolved, he started and played a large part in keeping a clean sheet in the match while Barcelona’s attack was too much for Real Valladolid to handle. American international Sergino Dest was again left out of the squad as Xavi seems committed to move on from the him.

Valladolid held on well for the first 20 minutes keeping Barcelona from creating too many chances but a silky assist from Raphinha was all it took to break their resolve. The Brazilian fed Lewandowski, and it was off to the races from there with a first-time finish:

Ousmane Dembele — who shows that despite being frozen out of the team that there can be a way back for Dest — assisted Pedri for the second goal before Lewandowski struck again after the half. This time Lewandowski went with a backheel finish to one-up himself. At that point, the match was out of sight but Xavi still wanted his team to keep a clean sheet.

Following a late chance by Real Valladolid, Kounde made a goal-line clearance that was followed by a big save by Marc-Andre Ter Stegen. Lewandowski looked for his hat trick to close things out but after rattling the bar, the follow up was poked in by Sergi Roberto for the final 4-0 advantage.

Here are takeaways from the match:

Following an opening day draw to Rayo Vallecano, Barcelona have rolled. They’ve scored eight goals and only allowed one even after playing a midweek friendly versus Manchester City. If you count that match, they’ve scored 11 in their last three games. With Lewandowski at the helm, this is a team that will compete for the La Liga title, and they have enough depth to maintain a race with Real Madrid from wire to wire. Lewandowski already has four goals in three matches and could easily have more at this stage of the season. Depth will be critical with the team back in Champions League this season but with players like Ansu Fati, Sergi Roberto, Fenkie de Jong, and Franck Kessie coming off of the bench, Xavi has one of the deepest squads in the world, on paper, at his disposal.

Ousmane Dembele is back and trusted

His two assists against Real Valladolid were his first of the season but Dembele has played in 243 of 270 available minutes for Barcelona to begin the season creating 10 chances so far. His speed and vision are critical to getting the best out of Lewandowski and he could be back to establishing himself as one of the first names on the team sheet. Injuries will always be a concern with the former Dortmund man, but keeping this form up will go a long way to keeping him in the lineup. When Xavi and the fans turned on him last season, it seemed like the only way back for Dembele was to leave Barcelona, but he ended up signing an extension while taking a wage cut.

It’s something to watch for Dest as he’s in a similar situation but working hard and waiting for an opportunity is another way to get back into the team. As Dest looks unlikely to leave this summer, could he end up taking a page out of Dembele’s book?

Behind the numbers — Barca were dominant

Domination doesn’t begin to describe what Barcelona did in the match. Holding 66% of possession, they won the xG battle 2.55 to 0.64 as Ter Stegen only had to face three shots on target. Barcelona ripped off 24 shots and won 14 corners in the match. Defensively, Barcelona weren’t tested as the presence of Sergio Busquets caused Real Valladolid to attack elsewhere other than centrally or lose the ball. Raphinha’s work-rate made a difference as he had two interceptions and created six chances during the match. With all the new signings developing chemistry with each other, this may be the beginning of Barcelona’s return to prominence.