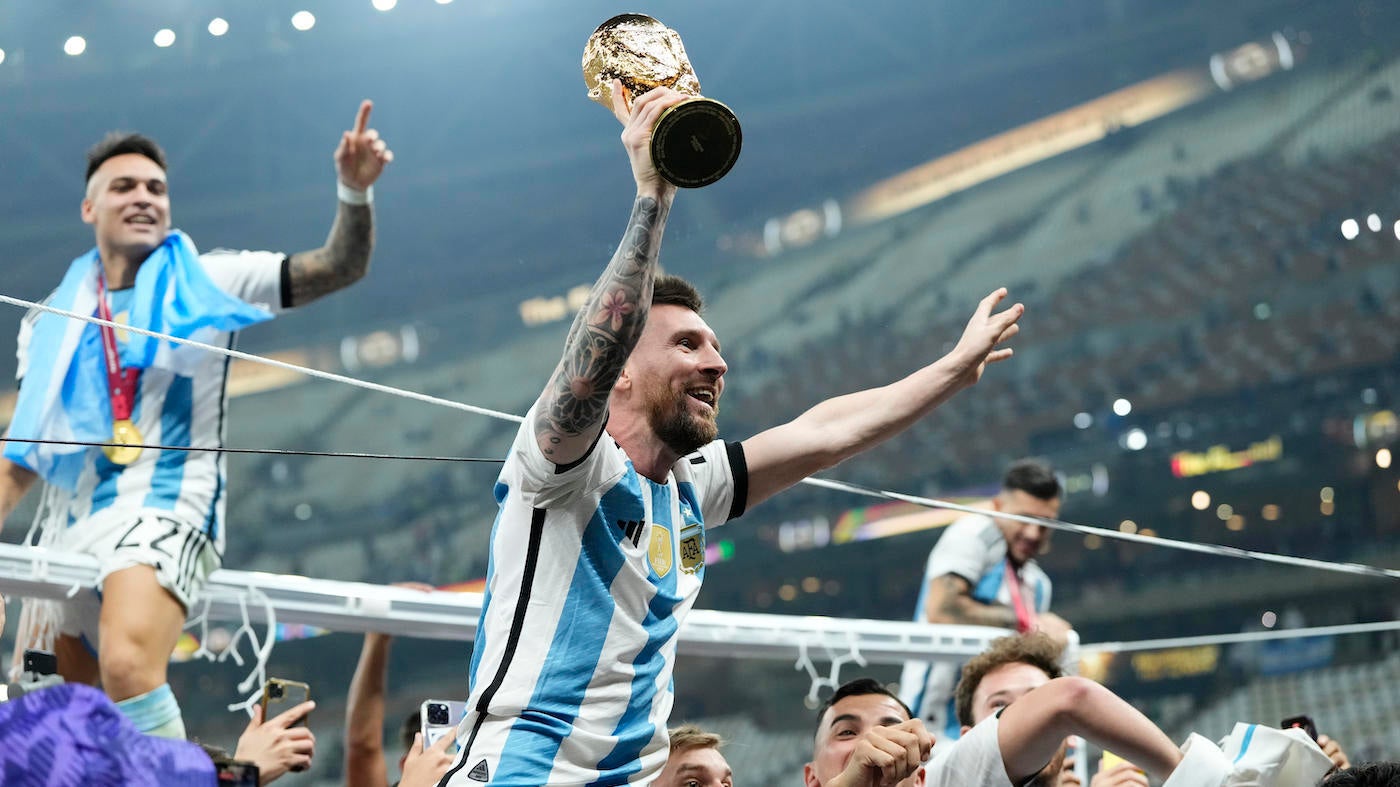 What. A. Match. It’s not great when you have a newsletter to write and all you want to say is “there are no words to describe that match.” I’m Mike Goodman, this is the Golazo Starting XI, and we’re going to try to wrap our brains around Lionel Messi finally winning the World Cup in perhaps the greatest World Cup final in history.

New to this space? Get yourself the best deal in soccer and subscribe now to ensure you receive daily updates about the World Cup.

Before we get to the good stuff, just a brief thanks to everyone for hanging out with us all month. The World Cup may be ending, but soccer never ends. We’ve got all the great club action coming up to cover — especially on Paramount+. Use offer code ALLYEAR now to get 50% off the annual plan. We’ve got UEFA club competitions, Serie A, NWSL, FA Women’s Super League and more just one click away.

What more is there to say. There’s no need to summarize the match — y’all know what exactly how things unfolded by now. Argentina dominated France, blew a 2-0 lead, took the lead again in extra time, blew it again, and then prevailed on penalties. It was the rare game where there are no goats to blame. There’s only a GOAT to celebrate. Kylian Mbappe, at risk of being labeled a no-show after the first 70 minutes, ended the match with a hat trick and the Golden Ball award for top scorer of the tournament. It’s heroes all around. It’s just that it finally, finally, finally got to be Messi’s day. James Benge tried to process it all.

But you don’t have a final like this — one that transcends questions of whether it was the greatest soccer match of all time — without having a worthy foe. And on that note, you just can’t overlook Mbappe. Jonathan Johnson wrote about how Mbappe distinguished himself.

And so while the story is deservedly about Messi today, it’s promising to know that the game is in good hands with the stars of tomorrow. It was an absolutely unparalleled day for the sport.

What’s next for France

France will continue to be one of the world’s best teams. And, because this squad was already fairly fresh, the future looks bright. It almost certainly wasn’t Didier Descahmps’ first choice to lose Paul Pogba, N’Golo Kante and Karim Benzema for this tournament. They went through these hurdles and still made the final with what they had. Not many teams can shrug off Benzema retiring from the national team immediately after Sunday’s loss. It’s clear that there is a young, vibrant nucleus ready to march on and challenge for titles. Johnson has more on France’s future.

Now onto some links.

The World Cup is over, so let’s look ahead to the UEFA Champions League (on Paramount+). All odds courtesy of Caesars Sportsbook.