Cameron Norrie has defeated Alex de Minaur to provide Great Britain with a strong start at the United Cup. 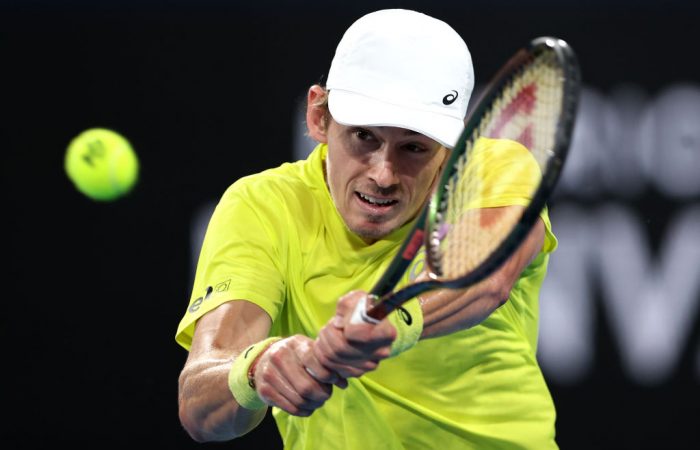 Cameron Norrie has ended Alex de Minaur’s hopes of a winning start for Australia at the United Cup, with the Brit claiming a 6-3 6-3 victory at Ken Rosewall Arena.

The world No.14 Norrie was calm under pressure before a passionate home crowd in Sydney, securing victory over the 23rd-ranked Australian in 90 minutes.

Withstanding early breakpoints against De Minaur, the left-handed Norrie utilised his backhand superbly to break and seize a 3-1 lead against the Australian. He maintained that lead to take the first set in 39 minutes.

The second set followed a similar pattern, Norrie gaining the upper hand with breaks in the fifth and final game.

“It’s never easy coming out here in Australia to play Alex de Minaur, he loves it – especially on this court,” said Norrie of the renowned team performer.

“He’s such a great competitor and it’s the perfect match to start off 2023.”

With strong support from team captain Tim Henman and his British team-mates, the 27-year-old noted the festive atmosphere in his inaugural United Cup match.

“The atmosphere was great,” said Norrie, who levelled his head-to-head record against De Minaur after losing to him at Barcelona last year. “It was a really good match. I really enjoyed it.”

De Minaur, who led Australia to a runner-up finish in the 2022 Davis Cup Finals, acknowledged the difficult start to the new tennis year.

“Ultimately you want to start the season in the best way possible and really get in a groove early on,” the 23-year-old noted.

“Sometimes it happens and first time you step out on court it feels like everything has worked. Obviously this is my first match in a while and it just didn’t click today, so I’ll look to hopefully build on that and do my best to get that feeling back.”

The Australian vowed to work hard of his next United Cup match, in which he is scheduled to face prolific Spaniard Rafael Nadal.

“I’ve got to be better, that’s the reality,” said De Minaur. “I’ll get back on the training court and make sure I’m better for my next match.”

It’s a familiar optimism for Australian co-captain Lleyton Hewitt. “I’m so proud of this bloke and the effort and how me makes playing for his country a priority,” he said.

Zoe Hives fought hard to level the score for Australia against Katie Swan.

After dropping the first set, the 26-year-old Victorian took a 3-0 lead in the second, before Swan stormed back to w6-4 6-3in six straight games and provide Great Britain with a 2-0 lead.

> BUY NOW: Get your tickets for the United Cup